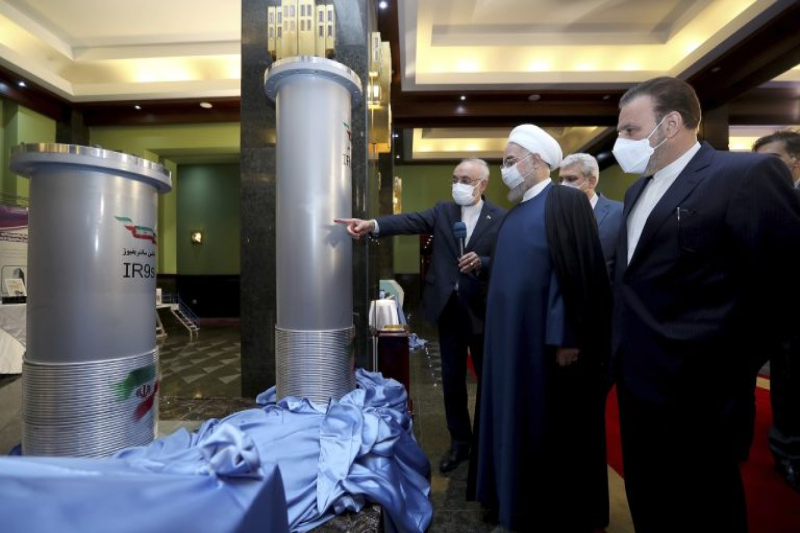 Enrique Mora, the chief coordinator of the US-Iran Nuclear talks, has said that an agreement to resume the Iran nuclear deal could be struck in the next round of negotiations.

He, however, noted that “the most difficult decisions are to be taken ahead” even though significant progress has been seen in the world powers’ talk in Vienna.

It is apparent that the world powers and Iran are unlikely to reach a conclusive agreement in the current round of talks to get back in compliance with the 2015 nuclear deal. Iranian officials are of the opinion that US sanctions on Tehran’s vital oil exports might soon be lifted.

Ali Rabiei, spokesman for Iran’s government, on Tuesday, said that negotiators expect to finalize a deal in August when the sun sets on Rouhani’s tenure. On a somewhat surprising note, he saw “no obstacles” in the way of negotiators in Vienna as they are in their eighth week of talks.

Initially, diplomats had hoped to completely restore the landmark deal prior to Iran’s June 18 presidential elections.

The elections are being seen with a keen eye as Rouhani is expected to be succeeded by a staunch hardliner who will be more hostile to the nuclear deal and the US.

On the other hand, Iran’s President Rouhani said that a breakthrough in talks to revive a nuclear deal before his departure from office requires a “will” beyond his power.

He is Iran’s main architect of the nuclear agreement with world powers, which was trampled over by former US President Donald Trump in 2018. He signaled that a final say regarding the ongoing negotiations rests with the Islamic republic’s supreme leader Ayatollah Khamenei.

Iranians have to vote on June 18 for a new president as Rouhani has served the maximum of two consecutive terms allowed as per the constitution. He is to hand over power in August.