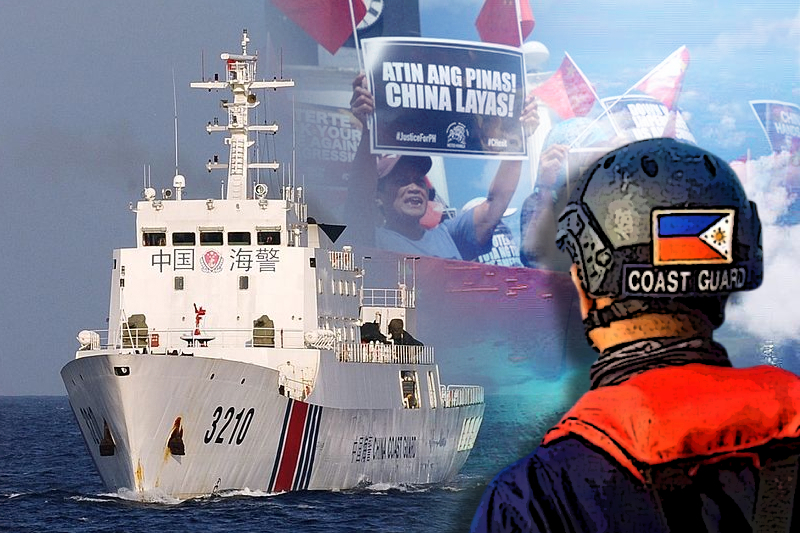 Over long dispute between Philippine and China over presence of Chinese ships in the contested waters is taking the centre stage now. In March, the Philippine coast guard spotted about 220 Chinese vessels moored at the reef and since then it has been a regular activity of intrusion where China illeagally surpasses its boundaries. Repeatedly China has demanded and flagged the issue to China to remove its ships. However, USA takes a very strategic position at this as it has officially stated that they back Philippines. With USA support in the standoff with China, the dispute over South China Sea deepened and they asked a Chinese fishing flotilla to leave a reef. China ignored the call, insisting it owns the offshore territory. However, Philippine is so bothered with China’s presence near Thitu Island and it has become an incessant deployment, prolonged presence, and illegal activities of Chinese maritime assets and fishing vessels. The US Embassy shared their concerns over Philippines and accused China of using maritime militia to intimidate, provoke, and threaten other nations, which undermines peace and security in the region.

In between all this situation, the Defense Secretary of Philippine, Delfin Lorenzana demanded about 200 Chinese vessels. He said the militia boats should leave the Whitsun Reef, a shallow coral region about 175 nautical miles west of Bataraza town in the western Philippine province of Palawan. Philippine officials said the reef, which they call Julian Felipe, is well within the country’s internationally recognized exclusive economic zone, over which the Philippines “enjoys the exclusive right to exploit or conserve any resources. The Philippines has said the Chinese boats are manned by soldiers. The Chinese government, however mentioned that the boats are crewed by fishermen.