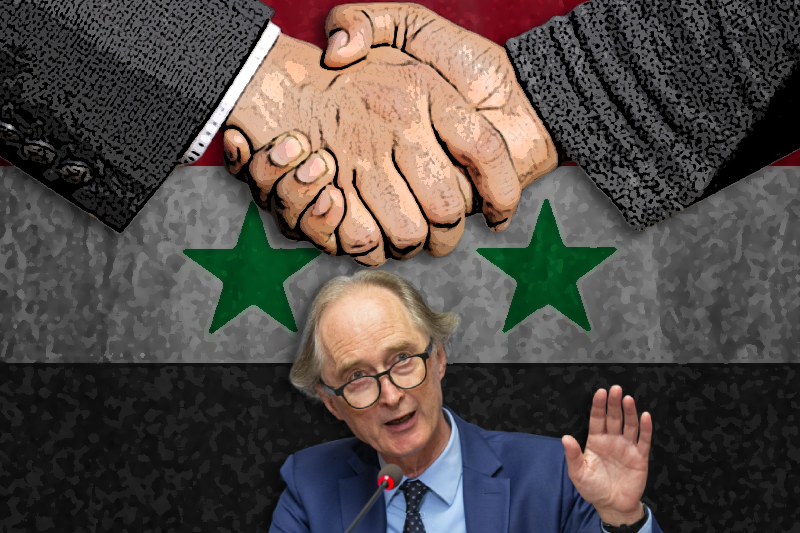 Syria – Due to the lack of a constitution and a proper administrative level governance, the future of Syria does not look bright. Hoping to change this, the talk to form a solid, procedural constitution will be resumed in the country from October.

The United Nations special envoy confirmed that the tasks will be reconvened in Geneva next month. On Tuesday, Geir Pederson confirmed the resumption in front of the security council after it was concerned over the future of Syria. He said that the committee was formed two years ago but could not start the work.

The government in Damascus and the Syrian Negotiations Commission together agreed for this committee to form a constitution but it only got more disappointing with the arrival of the pandemic.

The special envoy said that finally there is an improvement in this regard and work will start in the coming month. The top UN official has been in the legion for the last 18 months and has been making efforts to bring all the parties involved in this to come together.

“We should all now expect the Constitutional Committee to begin to work seriously on a process of drafting but not just preparing such a constitutional reform,” he stressed.

Syria has been occupied with western interests for a long time and despite best efforts from peace-making bodies, there has been no end to violence and threats in the region. But experts assume that having proper paperwork concerning the administrative sector will help the country.

He also emphasized building tests on the participants of the agreements including the opposition groups, which the government feels is the root cause of all the turbulence in the country. Pederson further added that having a forum where all the political outlets, civil society, and organizations come together to transform the nation will lead to a ‘credible constitutional process.’

Two major countries involved in Syria are Russia and Turkey and while assuring the constitutional development, the envoy also touched upon the importance of these two countries saying that he hopes that the upcoming summit between the two would promote calm in the country.

The talks about the constitution began during a Russia-hosted Syrian peace conference in January in 2018. It was decided that a 150-member committee will be framed to draft a new constitution. Though there have been a lot of delays in the process, the Syrian organizations are fairly optimistic about this step. The most recent round of talks was in January where different representatives from the country were present.