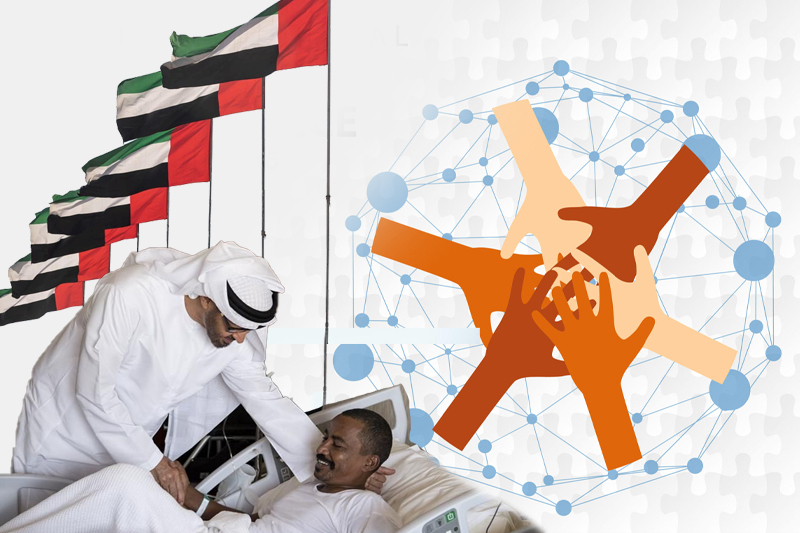 International Day of Tolerance: UAE is focal point of harmony and coexistence

November 16, every year is observed as the International Day of Tolerance – a day that reiterates the importance of human values of harmony, peace and coexistence. United Arab Emirates has established itself as the focal point and real incubator of the values of tolerance, peace, security, cultural harmony and coexistence in the region and beyond. This is the real reason for people of more than 200 nationalities living peacefully in the UAE and enjoying a life of respect and equality.

UAE laws ensuring an equal ground of existence for all

UAE tolerance has been in existence since the country’s foundation 50 years ago, and has gained more ground and reaffirmation under leadership of UAE President His Highness Sheikh Mohammed bin Zayed Al Nahyan. The laws of UAE have always guaranteed equal justice, respect and equality to all religions. This showcases the fact that the values of tolerance, peaceful coexistence between different religions, and respect towards others are deeply rooted in the values and history of the UAE. A testimony of this is religious establishments in the country for people of different faiths.

Indian diaspora has been a significant community in UAE since they first came to the country in 1920s. Back then, the first Indian Temple was founded, that became a humble beginning of strong relations between the different communities and showcase of religious UAE harmony and tolerance. Since then, Indian community has seen an astronomical rise in its population from about 6,000 in 1958 to the 3.4 million people currently who call the UAE their home.

This year on occasion of Hindu festival of Dusshera, a new Hindu temple was opened in Jebel Ali’s Worship Village. The Hindu Temple Dubai represents the first independent Hindu temple in the UAE. The Hindu Temple Dubai is an institution inspired by the legacy of His Highness Sheikh Mohammed bin Rashid Al Maktoum, Vice-President and Prime Minister of the UAE, and Ruler of Dubai.

UAE an oasis of harmony and humanity

Reiterating its culture of harmony and tolerance, UAE in 2019 hosted Pope Francis for his first historic visit to the Gulf. The visit held significant value highlighting UAE as the ground of peaceful coexistence for people of all religions. His Holiness Pope Francis and the His Eminence Grand Imam of Al-Azhar, Ahmad al-Tayyib, on 4 February 2019 in Abu Dhabi signed the ‘Document on Human fraternity for World Peace and Living Together’.

The Abrahamic Family House, a beacon of mutual understanding, harmonious coexistence, and peace among people of faith and goodwill, is anticipated to be completed in 2023. The vision of this originated after the signing of Document on Human Fraternity, and consists of a mosque, church, synagogue, and educational center to be built on Saadiyat Island, the cultural heart of Abu Dhabi in the UAE.