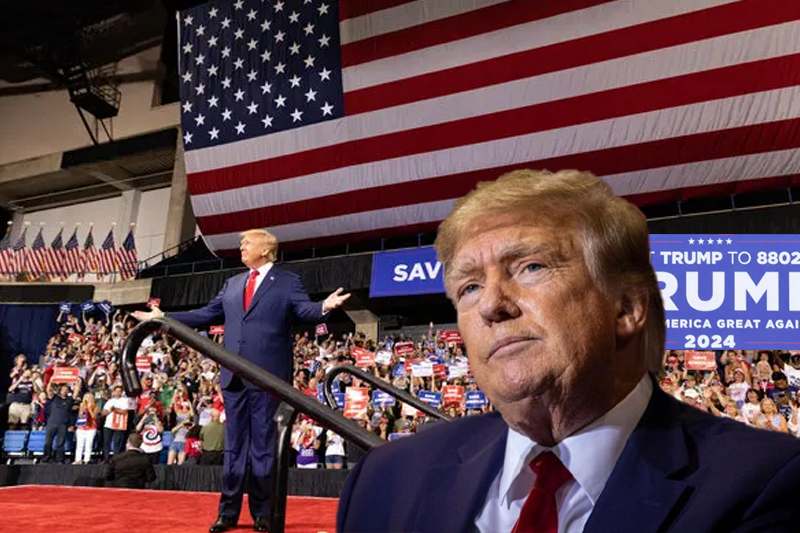 On Tuesday night, former president of United States Donald Trump announced his Republican presidential nominee candidacy for the 2024 elections. This can be well marked as yet another controversial move by the former president who is twice impeached and who inspired the Capitol Hill riots two years back, botching the democracy of US.

“In order to make America great and glorious again, I am tonight announcing my candidacy for president of the United States,” Trump said from ballroom of his private Mar-a-Lago Club in Palm Beach, Florida, standing on a stage crowded with American flags and Make America Great Again (MAGA) banners.

The long anticipated announcement by Trump seems guaranteed to deepen the already deep partisan divide in Washington that has fueled increasing political violence concerns. But it also raises questions over the position of Trump in GOP, especially after the mid term elections in which the Republicans failed to take over Senate and on course to take House, but with a lean majority. Trump’s announcement of his presidential bid also coincided with the release of Mike Pence’s memoir, “So Help Me God”, in which the once-faithful lieutenant of Trump has criticized him for his conduct on January 6 when his tweets and messages triggered riots at the Hill by his supporters. Pence, the former vice-president is also making his way towards possible 2024 run.

Ignoring the Republican setbacks in 2022 and his defeat in 2020 presidential election, Trump insisted that he was the “only candidate who could deliver a Republican victory in 2024”. “This is not a task for a politician or a conventional candidate,” he said. “This is a task for a great movement.”

Attacking President Biden, Trump called him the “face of left-wing failure and government corruption” and accused him of “worsening inflation and surrendering America’s energy independence”. He said, “Our country is being destroyed before your very eyes.”