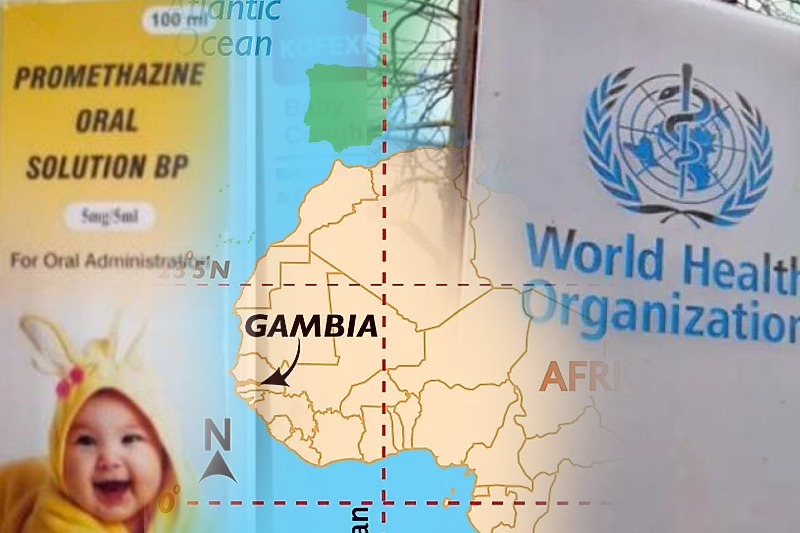 The World Health Organization (WHO) has issued a warning over four cough and cold syrups manufactured in India by Maiden Pharmaceuticals, an alert that the syrups could be linked to the deaths of 66 children in Gambia. The United Nations health agency has also cautioned that the contaminated cough and cold medications may have been distributed outside the West African country, with a possibility of global exposure.

WHO chief Tedros Adhanom Ghebreyesus has told reporters that four India manufactured cold and cough syrups in question “have been potentially linked with acute kidney injuries and 66 deaths among children”. “The loss of these young lives is beyond heartbreaking for their families.” Tedros said WHO is also “conducting further investigation with the company and regulatory authorities in India”.

According to the WHO issued medical product alert on Wednesday, the four products in question are Promethazine Oral Solution, Kofexmalin Baby Cough Syrup, Makoff Baby Cough Syrup and Magrip N Cold Syrup. “To date, the stated manufacturer has not provided guarantees to WHO on the safety and quality of these products,” the alert said, adding that laboratory analysis of samples of the products “confirms that they contain unacceptable amounts of diethylene glycol and ethylene glycol as contaminants”.

On Thursday, the authorities in Gambia have started collecting paracetamol and promethazine syrup from rural households in the West Coast Region and Upper River Region of the African nation. “The preliminary results from the ongoing investigation indicate that it is most probably the paracetamol and promethazine syrups that caused the acute kidney injury cases in this outbreak,” Abubacarr Jagne, the nephrologist leading the health ministry’s investigation, told AFP on Wednesday.

E. coli infection is also making rounds in the region since July, which could also have been a factor of acute kidney failure outbreak. “E. coli bacteria were found in the stools of many children, but many had also taken paracetamol syrup,” the Gambian health ministry said.