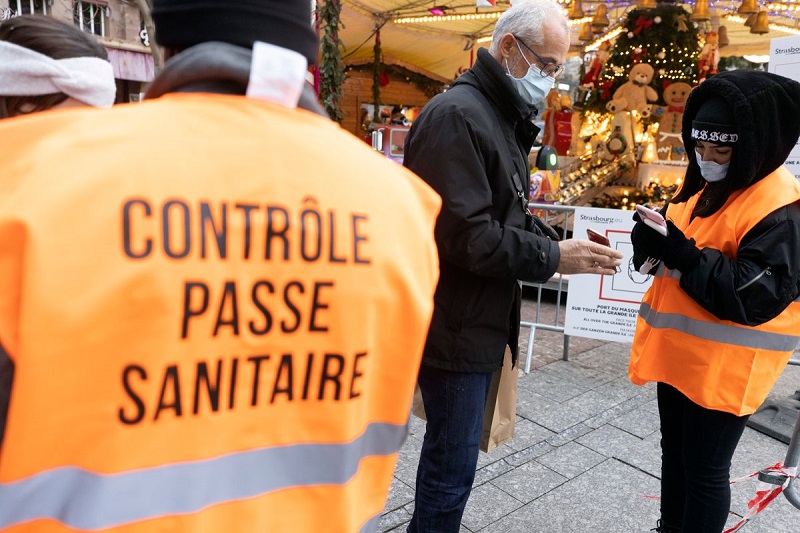 France -France has announced to tighten Covid restrictions amid fresh concerns over the new Omicron variant of COVID-19.

It has been announced that from 3 January onwards, remote working will become mandatory for those who can. Meanwhile, public gatherings will be limited to only 2,000 people for indoor events.

A ban has been placed on eating and drinking on long-distance transport.

According to media reports, France recorded around 100,000 new infections on Saturday – the highest reported since the pandemic.

However, France’s prime minister did not consider the option of a curfew on New Year’s Eve.

French Prime Minister Jean Castex said the pandemic felt “like a film that had no ending” as he unveiled the tightened measures following an emergency cabinet meeting at a news conference.

It is pertinent to state that countries across Europe are considering tightened restrictions as infections from the new Omicron variant spread across the continent.

There are fears that a record number of cases will overwhelm hospitals in the coming weeks.

He announced that mask-wearing was compulsory in city centers.

On Wednesday, President Emmanuel Macron faced a heavy backlash from opponents and chaos in parliament. He said that French people who had not yet been vaccinated against COVID-19 would be squeezed out of key aspects of life.

Macron was accused of overstepping the line with his remarks.

“As for the non-vaccinated, I want to piss them off,” he told Le Parisien newspaper, using the French verb “emmerder”.

It is derived from “merde”, meaning “shit”. The term is considered vulgar in France.