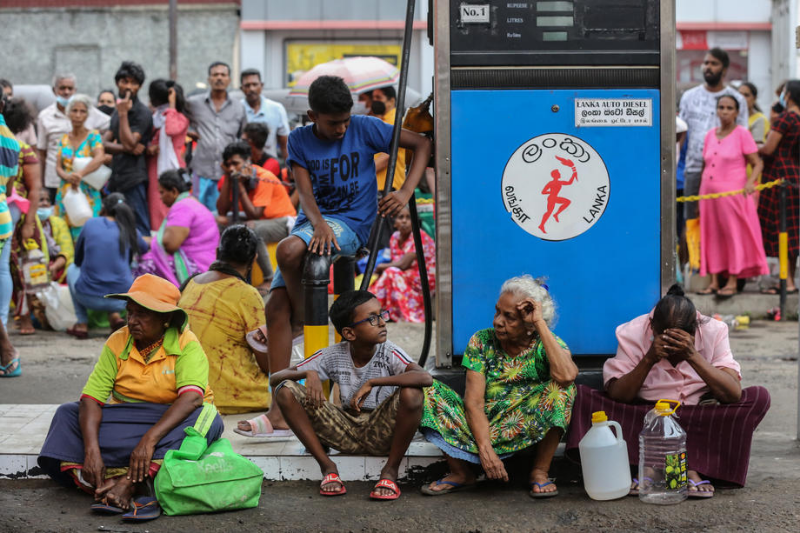 Due to lack of fuel and money, Sri Lanka keeps schools closed

Due to lack of fuel and money, Sri Lanka keeps schools closed

Due to a lack of fuel to transport teachers and students to classrooms, the government of cash-strapped Sri Lanka on Sunday extended school closures by one week. The country’s energy minister appealed to the country’s ex-pats to transfer money home through banks to fund new oil purchases.

There are no gasoline suppliers ready to sell their products on credit on the island because of the massive international debt it has amassed. In order to maintain critical services such as health care, port personnel, public transportation, and food delivery, for the time being, officials have declared that they will use the limited available stockpiles.

There are several more gasoline cargoes in the works. Officials are having trouble finding $587 million to pay for the fuel, he added. According to Wijesekera, Sri Lanka owed seven fuel suppliers $800 million.

For the same reason that they can’t provide enough fuel to power generating units, authorities have also planned nationwide power cuts of up to three hours each day beginning Monday. For months, widespread power outages and significant shortages of necessities like cooking gas, medicine, and food imports have plagued Sri Lanka’s economy.

More than 2 million Sri Lankans working overseas should use banks rather than informal routes to send their foreign currency earnings back to the country, Wijesekera said. Remittances from employees fell to $318 million in June, from an average of $600 million a month, according to him.

The Central Bank estimates that remittances, the country’s primary source of foreign money, fell by 53%, from $2.8 billion in the first half of 2021 to $1.3 billion in the same period this year.

Last year, when the government mandated that all foreign currency be converted into domestic currency, there was a significant reduction. According to the report, black-market prices have prompted some people to keep large amounts of foreign cash in reserve.

Most of Sri Lanka’s gasoline requirements are met by India, which has a credit line with the country. Russia and Malaysia were also mentioned as potential suppliers by the administration.

A political crisis has resulted from the economic downturn, with anti-government demonstrations taking place across the country. Protesters have blocked major highways to demand gas and fuel, and television stations have shown people battling over limited supplies in specific locations.

More than two months of protests demanding President Gotabaya Rajapaksa’s resignation have taken place in Colombo, the capital of Sri Lanka. They say he and his family, including several siblings in high government posts, are to blame for the current state of affairs in the country due to their alleged involvement in corruption and mismanagement.