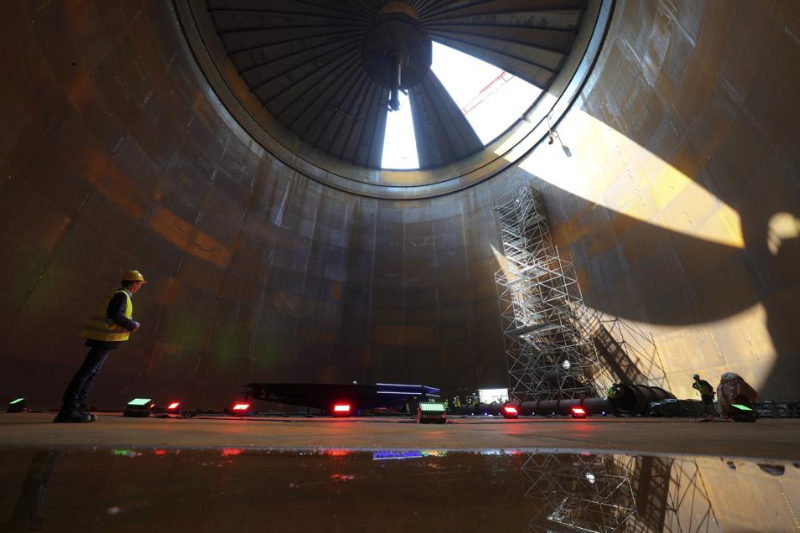 An industrial facility along the Spree river in Berlin has a rust-colored tower rising from it. It has nothing in common with the sleek German flasks used for coffee, but it serves a similar purpose: to keep people warm when the weather is chilly.

Because of its height of 45 meters and capacity of 56 million liters (14.8 million gallons), energy company Vattenfall claims the tower will help keep Berlin’s homes warm this winter no matter what happens to the Russian gas supply.

As the head of a heating unit in Germany for a Sweden-based corporation, Tanja Wielgoss, put it, “It’s a huge thermos that helps us store the heat when we don’t need it. And then we can release it when we need to use it.”

Even though coal, gas, or waste-fired district heating systems have been operational for more than a century, most of them aren’t built to retain large amounts of heat. Global warming is being fueled by the use of fossil fuels that are being burned at an ever-increasing rate by these countries.

According to Wielgoss, it can use heat from various sources, such as wastewater. Once built, this will be Europe’s most significant heat storage facility, although an even larger one is currently being planned for the Netherlands.

As an alternative, Vattenfall’s new Reuter power station facility, presented on Thursday, would store water heated to nearly boiling point by electricity generated at solar and wind power plants around Germany. It operates like a giant battery when renewable energy exceeds demand, but instead of storing electricity, the facility stores heat.

The thermal capacity of the 52-million-euro ($52-million) facility will be 200 Megawatts, more than adequate to cover Berlin’s summer hot water needs and around 10% of its winter hot water needs. During periods of low wind or sun, the large, insulated tank can maintain a hot water temperature for up to 13 hours.

Jarasch told the press, “due to its geographic location; the Berlin region is even more dependent on Russian fossil fuels than other parts of Germany. That’s why we’re really in a hurry here.”

“The war in Ukraine and the energy crisis teach us that we need to be faster,” she added.

As a result of Russia’s retaliation for sanctions, Wielgoss is convinced that Vattenfall’s consumers will not be left in the cold this winter, despite the approaching gas squeeze.