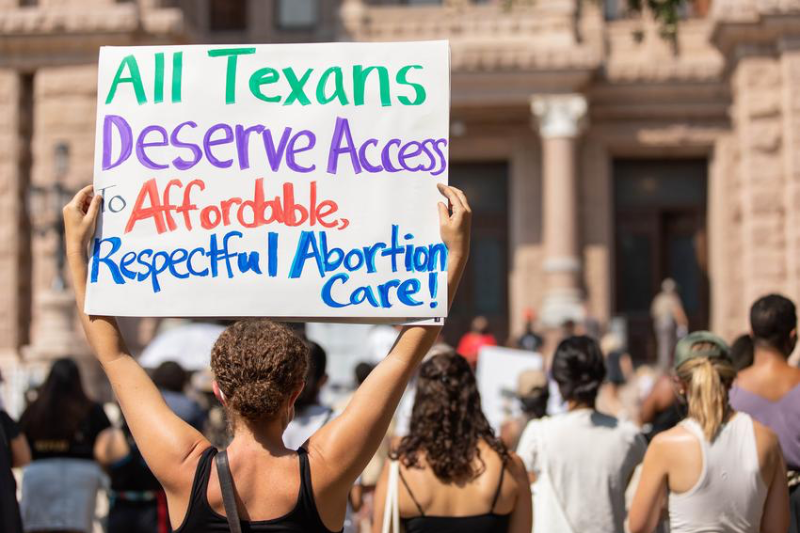 Resumption of abortions has been halted by Texas Supreme Court

Resumption of abortions has been halted by Texas Supreme Court

Abortion clinics in Texas can no longer conduct abortions after the Texas Supreme Court overturned a lower court ruling that had given them renewed confidence.

A lower court judgment saying clinics could begin conducting abortions was stopped late Friday night by the Texas Supreme Court, just days after some doctors resumed seeing patients after Roe v. Wade was overturned in the Supreme Court of the United States.

It was not immediately apparent if the Texas facilities that had started seeing patients this week would be forced to stop doing so. A hearing will take place at the end of the month.

Since Roe was overturned, clinics all around the country have been racing to figure out what to do with the influx of individuals they’ve been forced to turn away, reschedule, and now, maybe, cancel appointments.

Abortions up to six weeks into pregnancy were temporarily allowed to resume earlier this week following an order from a court in Houston. Subsequently, Texas Attorney General Ken Paxton requested a temporary halt to the decision from the state’s highest court, which is stocked with nine Republican justices.

After the order was issued, the Center for Reproductive Rights’ Attorney Marc Hearron said, “These laws are confusing, unnecessary, and cruel.”

After the Supreme Court of the United States overturned Roe v. Wade and eliminated the constitutional right to abortion last week, abortion clinics in the state of Texas, home to over 30 million people, stopped conducting the procedure. Despite Roe v. Wade, Texas had maintained an abortion restriction for the past half a century.

Attorneys for Texas clinics provided a copy of Friday’s order. It couldn’t be discovered on the official website of the court.

Every state and territory in the United States is grappling with the changing legal landscape surrounding abortion regulations and access.

Florida’s 15-week abortion ban went into effect Friday, the day a judge declared the bill unconstitutional and announced he would sign a temporary injunction against it next week. Regarding access to the treatment, Florida has a leg up on its neighboring states.

The right to an abortion was lost and then re-acquired in Kentucky in days. A judge on Thursday blocked the implementation of a so-called trigger law, which had put a near-total ban on the practice as of last Friday. As a result, the state’s only two abortion clinics can resume seeing patients for the time being.

Americans seeking abortions face an uncertain future because of the legal wrangling and the infusion of new patients from out of state, both of which have the potential to upend access at any given time.

Abortion access may be restricted even when women travel outside of places where it is illegal to abort a pregnancy because of the fear of being prosecuted.