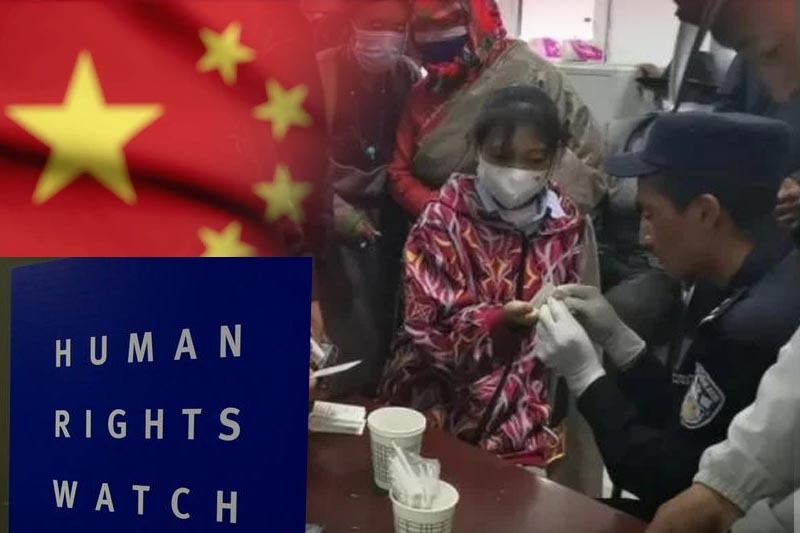 Human Rights Watch, the global rights watchdog, has alleged that China has been significantly ramping up policing, as well as arbitrary collection of DNA from residents of Tibet Autonomous Region (TAR). This includes collection of samples from kindergarten children without consent of their parents, claims the rights body.

The available information has underlined that the Tibetan people cannot decline giving their DNA to the Chinese authorities and that “police do not need credible evidence of any criminal conduct”. An April 2022 report from Lhasa municipality has stated that “blood samples for DNA collection were being systematically collected from children at kindergartens and from other local residents”. Another report from a Tibetan township in Qinghai province from December 2020 has stated that “DNA was being collected from all boys aged 5 and above”.

“These mass DNA collection drives appear to be taking place in all seven prefectures or municipalities in the TAR, which covers the western part of the Tibetan plateau. The collection drives are part of ongoing efforts by Chinese authorities to establish police presence at the grassroots level throughout the region. There is no publicly available evidence suggesting people can decline to participate or that police have credible evidence of criminal conduct that might warrant such collection,” said the Human Rights Watch. Human Rights Watch has identified many areas where such drives have been reported to be taking place or already taken place or due to take place. These drives are in 14 distinct localities – 1 prefecture, 2 counties, 2 towns, 2 townships, and 7 villages – across the seven prefecture-level areas of the region.

According to researchers, mass collection of DNA in Tibet by China started in 2013, under umbrella of a mass health check scheme called the ‘Physicals for All program’ which had started in TAR in 2013.

Human Rights Watch said, “Government DNA collection was sometimes justified as an investigative tool but must be comprehensively regulated, narrow in scope and proportionate to meeting a legitimate security goal”. It added, “DNA information is highly sensitive and can facilitate a wide array of abuses if collected or shared non-consensually.”

“Coercing people to give blood samples, or taking blood samples without informed, meaningful and freely given consent or justification, can violate an individual’s privacy, dignity and right to bodily integrity,” the rights group stressed.