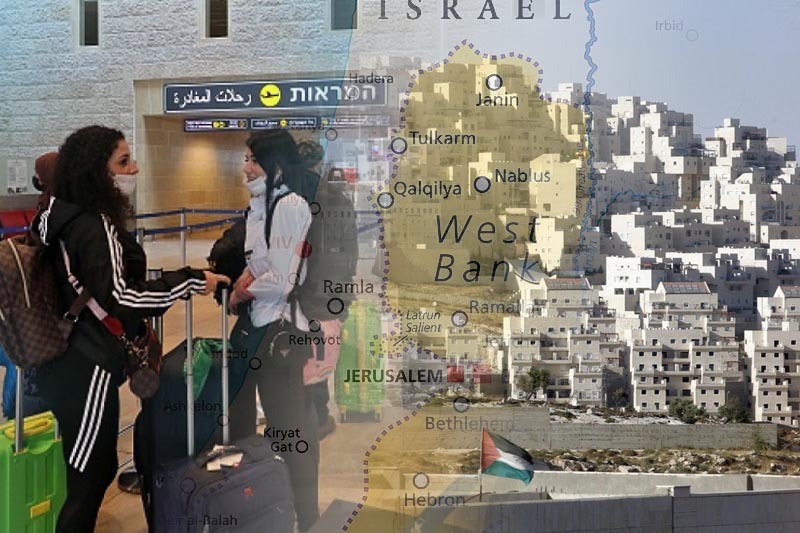 Israel’s military body has issued a list of new rules and restrictions that would be applicable on foreigners who seek entering Palestinian areas of the West Bank, thereby extending its control on daily life and movement across the occupied territory. COGAT, the Israeli body that is in charge of Palestinian civilian affairs, stepped back from many controversial restrictions which were included in a draft of the rules published earlier this year, “such as a requirement that people who form romantic relationships with local Palestinians register with Israeli authorities”.

But majority of the amendments in the 90 pages long document were released late Sunday, appearing to be “largely cosmetic”. The United States ambassador has raised concerns over the new rules, while critics stressed that the rules further tightened Israel’s control over the territory’s Palestinian population, that has been in place for the past 55 years.

“The Israeli military is proposing new restrictions in order to isolate Palestinian society from the outside world and keep Palestinian families from living together,” said Jessica Montell, executive director of HaMoked, an Israeli human rights group which has challenged Israel’s new rules in the court. “In response to criticism they have removed the most outrageous elements. Yet they are keeping the basic structure of this very invasive and harmful procedure in place,” she added. The rules are scheduled to come into effect from October 20.

The new policy imposes Israel drafted rules on foreigners who marry Palestinians or who come to the West Bank for purposes such as work, volunteer, study or teach. However, the rules do not apply to people simply visiting Israel or the over 130 Jewish settlements across the West Bank. The initial draft of this policy had a requirement that a “foreigner who forms a serious romantic relationship with a local Palestinian notify the Israeli military within 30 days of the start of the relationship, defined as an engagement, wedding or moving in together”. This 30-day notice is removed from the new amended rules released on Sunday. But it still says that if a foreigner starts a relationship with a Palestinian, “the appointed COGAT official must be informed as part of their request to renew or extend the existing visa.” The new rules provide big relief for foreign spouses, including a longer visa of 27 months which can be renewed while including multiple visits in and out of the territory.

“But these new and improved visas require an application through the Palestinian Authority to Israel — a process that is uncertain and notoriously opaque,” Montell said, noting that the “document says a final decision also is subject to approval by Israel’s political echelon.”