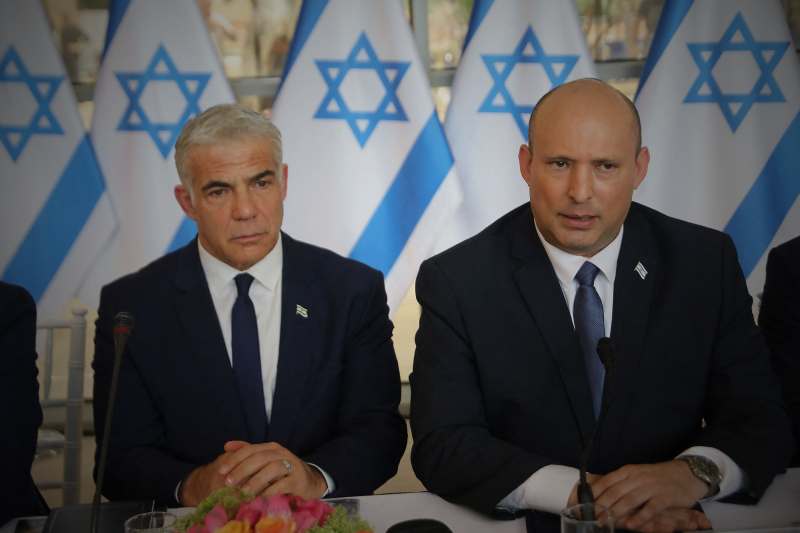 On Thursday, Israel’s parliament voted to dissolve itself, thereby marking an end of “experimental” coalition government that lasted a year. This will now send Israel to elections in November, which would be the fifth round of polls in less than four years.

Following the Parliament vote to dissolve it, Lapid embraced Bennett before the two leaders swapped their chairs.

Lapid, a former talk-show host, now heads a center-left party in Israel. He is expected to campaign as next caretaker prime minister of Israle in order to keep the job as the “main alternative” to Netanyahu. Lapid will also likely get an early boost to his popularity and morale when he welcomes US President Joe Biden to Israel next week.

The current collapsed government was formed as a historic move after long time leader Benjamin Netanyahu was ousted over a year ago. The leader was ousted after his 12 years in office by a coalition of quite ideologically diverse political parties of Israel, the first time ever to include Arab faction.

The motion to dissolve the Parliament and coalition government was passed with 92 lawmakers in favor of the motion, and none against. This was concluded after days of debate among coalition and opposition lawmakers deciding the date of new elections and other legislations.

It has been decided that the elections will take place on November 1.