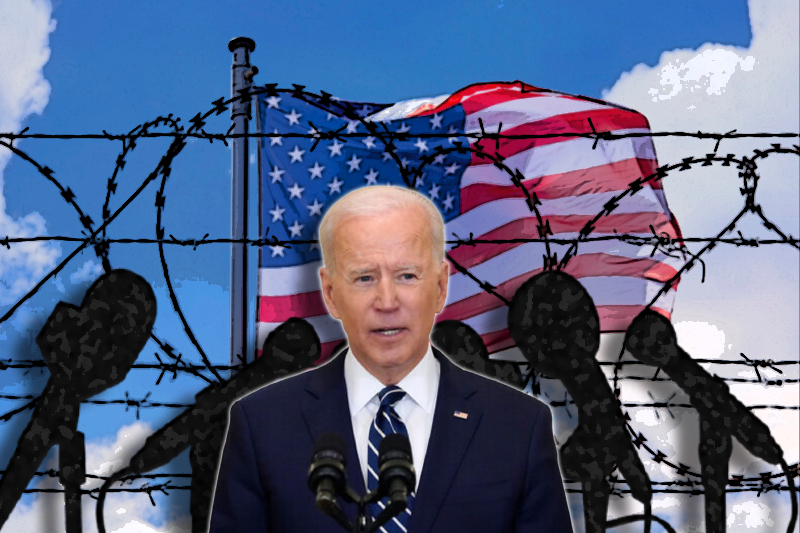 On Thursday, US president Joe Biden held his first press conference where he interacted with about 10 reporters. During his briefing he touched upon the key domestic and foreign policy issues ranging from battling COVID19 pandemic, migration, challenges posed by China, and Russia to taking a call over troop withdrawal from Afghanistan.

After his brief address to the media personnels, the 46th US president opened the forum for questions. To one of the questions over restrictions imposed on voting by the Republicans, Biden responded saying, “What I’m worried about is how un-American this whole initiative is. It is sick.”

Besides, while slamming the state of human rights affairs in China, the 65-year-old leader also took a jab at his predecessor, Donald Trump. He said, “I made it clear that no American president — at least one did — but no American president ever backed down from speaking out of what’s happening with the Uyghurs, what’s happening in Hong Kong. That’s who we are. The moment a president walks away from that, as the last one did, is the moment we began to lose our legitimacy around the world.”

When asked about the recent test-fired missiles launched by North Korea, Biden said the US administration was making an effort to get it touch with its allies and partners to explore an apt solution to the issue. But he also stressed that that the peninsular nation might have to face the consequences if it “choose to escalate”. He said, “We will respond accordingly.”

Observing the US leader’s first formal briefing, Max Boot, a senior fellow at the Council on Foreign Relations said, “The dominant narrative from the right-wing industrial complex is that Biden is senile and being manipulated by shadowy leftists. It’s a charge so crazy it doesn’t deserve refutation. But Biden’s crisp press conference shows he is fully in command of the issues.”

Ari Fleischer, White House press secretary during the George W. Bush administration, equated the President’s briefing to a “study guide”. Republican Senator Lindsey Graham also took a swipe at Biden’s news conference, calling it “hard to watch”. He said, “He does not have the situational awareness because he doesn’t understand the problem.” Washington Post columnist Jennifer Rubin, also expressed her disappointment towards the reporters for not asking the administration enough questions about various key topics. She said, “Their failure to ask about the pandemic, the recession, anti-Asian violence, climate change or even infrastructure (Biden had to bring it up himself) was nothing short of irresponsible. They pleaded for a news conference and then showed themselves to be unserious.”