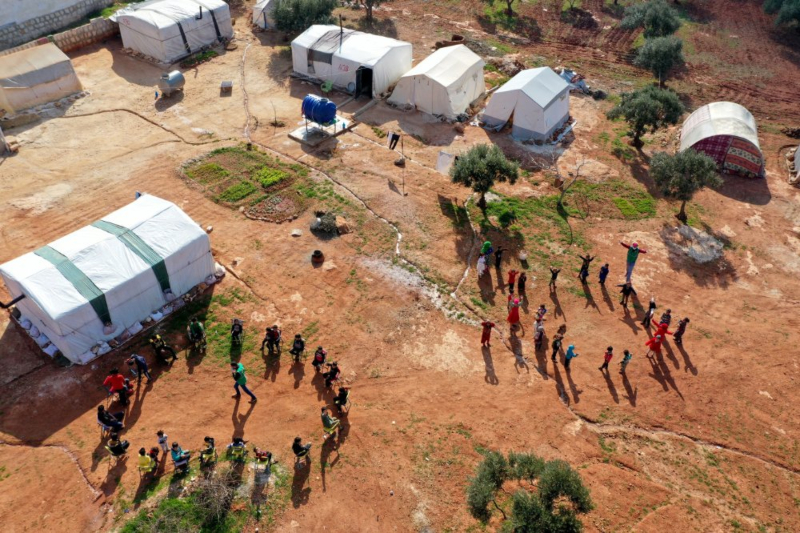 Assad Should Be Kept Away From Syrian Resurrection Plans: UN

Amidst the resurrection of a Syrian population that has been troubled with civil war over a decade, there is a dilemma whether to include the Assad regime in this process at all or not.

Even today, as many as 11 million Syrians are in need for humanitarian aid. The Syrian Assad regime has been responsible for wiping out a sizable population of its own, in an attempt to regain control over the country. An estimate of 500,000 people have lost their lives in this battle of ownership.

With Assad being re-elected without fair competition, he sleeps peacefully while 90percent of the country reals under the poverty line. Bread and fuel supplies are scarce and famine is on the brink of breaking into the country at time.

Constant humanitarian aid has kept the families afloat, that are surviving without permanent homes, in hutments and makeshift shelters. Most of the infrastructure has been reduced to rubble in air-raids and strikes.

International fraternity isn’t willing to accept the damage that the government and its leadership did to its own. There is indeed a moral stain that would come if Assad was forgiven. UN agencies and intelligence could prove earlier in the year and indeed he had ordered the use of chemical weapons against its own people, intentionally targeted hospitals in airstrikes, and committed mass executions of political prisoners — among other things.

He was supported by Western powers that have vested interest in gaining control over Syria’s rich natural resources. Syria remains bifurcated between Assad and other factions. It is a messed-up situation for the international fraternity to think of helping the people receive a decent standard of living.

Currently, Assad currently only controls two-thirds of Syrian territory while Turkey has control over rebel-held Idlib province in the north and also Afrin and another swathe of territory in the northeast. Meanwhile, Syrian Kurds are holding on territory that makes up for 90 percent of Syrian oil reserves and a sizable area for agricultural yield. There are rumours to give more power to this part of Syria, with freedom to be run through by Damascus. With coffers not getting anything from oil reserves, there is a different strategy at play to penalize Assad. Further, aid movement through Assad’s controlled areas have never seen the light of the day. There is enough precedence to prove this.