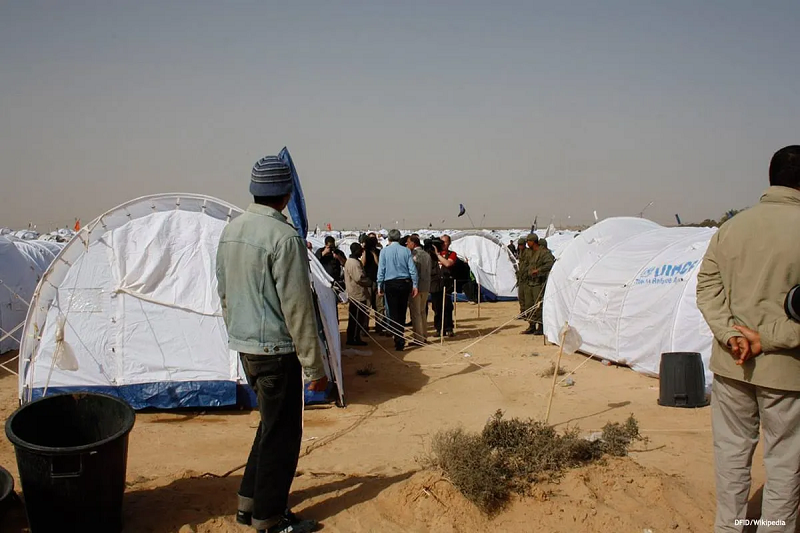 why are migrants being disposed in libya

Why Are Migrants Being ‘Disposed’ In Libya?

Libya –Migrants in Libya continue to run the risk of being victimized at the hands human traffickers and even government authorities. But currently, the UN is investigating the horrific truth of mass graves of migrants. Bulk of migrants’ swim into the country through its neighboring nations. A Displacement Tracking Matrix funded by the European Union had stated that a total of 597,611 migrants from over 40 nationalities were identified in the 100 Libyan municipalities in May and June 2021 during Round 37 of data collection.

This is a part of the UN’s efforts to carry out a general mission in order to establish the circumstances of the human rights situation in Libya and to document alleged violations. This is a fact-finding mission that has unearthed mass graves of migrants. An extensive interview of many migrants said, that there was “reasonable grounds to believe that migrants were held captive, murdered tortured and raped (around Bani Walid).” Several surviving migrants told the mission about the existence of mass graves in Bani Walid, with one of them saying he had buried three bodies himself in such a grave.

This information remains under verification. However, forensic experts have already been appointed to verify the graves. The mission did however establish that many other crimes had and were taking place in Libya against migrants. The mission also documented “further cases of murder, torture, inhumane acts, rape, persecution, and enslavement of migrants by some State authorities, militias, armed groups and traffickers, employing a consistent pattern of conduct.” During the latest period of reporting, the authors found that “thousands of people were intercepted by the Libyan coastguard and brought back to Libya where they faced arbitrary detention in inhumane conditions, torture and other ill-treatment.”