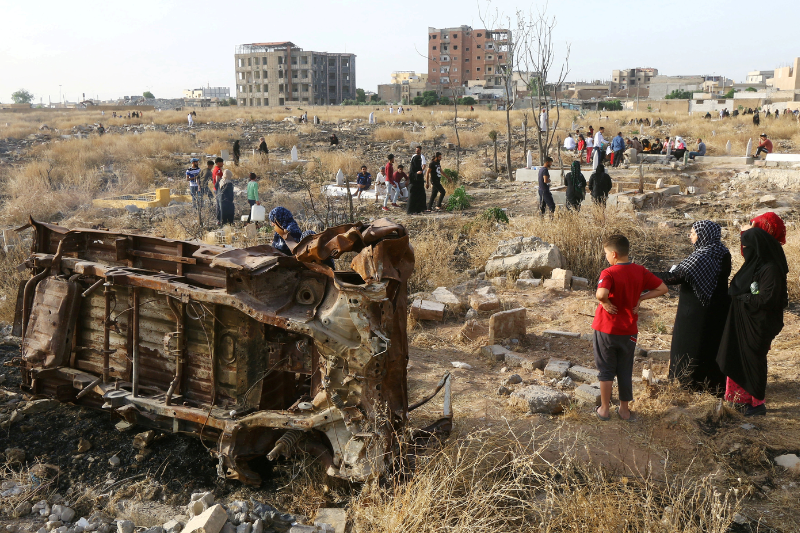 UN says more than 300,000 killed in a decade of Syrian strife

UN says more than 300,000 killed in a decade of Syrian strife

According to the United Nations, more than 300,000 civilians were killed in Syria over the course of a decade, making it the “largest estimate ever of conflict-related deaths.”

In the decade leading up to 2021, the UN Human Rights Council estimates that 83 civilians, including nine women and 18 children, will die every day if the situation persists.

The UN High Commissioner for Human Rights, Michelle Bachelet, stated that “The conflict-related casualty figures in the report are not simply a set of abstract numbers but represent individual human beings.”

“The impact of the killing of each of these 306,887 civilians would have had a profound, reverberating impact on the family and community to which they belonged,” she added.

According to the report, 143,350 civilian deaths were documented by numerous sources with detailed data, including the victim’s full names and dates of death.

A large number of people who died in the conflict were not included in the UN report, including those whose families failed to notify the authorities, as were the fatalities of soldiers and fighters.

The rebellion against Syria’s President, Bashar al-Assad, began during the Arab Spring in 2011 as a nonviolent demonstration. Many people’s lives were destroyed, cities were destroyed, world politics were put under strain, and diplomatic attempts were continually being questioned.

The Syrian conflict, according to experts, was not only one of the bloodiest but also one of the most complex. More than 306,000 people have been killed in the conflict, which constitutes “a shocking 1.5% of the total population,” Bachelet stated, citing that “the failure of the parties to the conflict to respect international humanitarian law norms on the protection of civilians.”

Bachelet added to their statement that “this analysis will also give a clearer sense of the severity and the scale of the conflict,” adding, “Let me be clear, these are the people killed as a direct result of war operations. This does not include the many, many more civilians who died due to the loss of access to healthcare, to food, to clean water and other essential human rights, which remain to be assessed.”