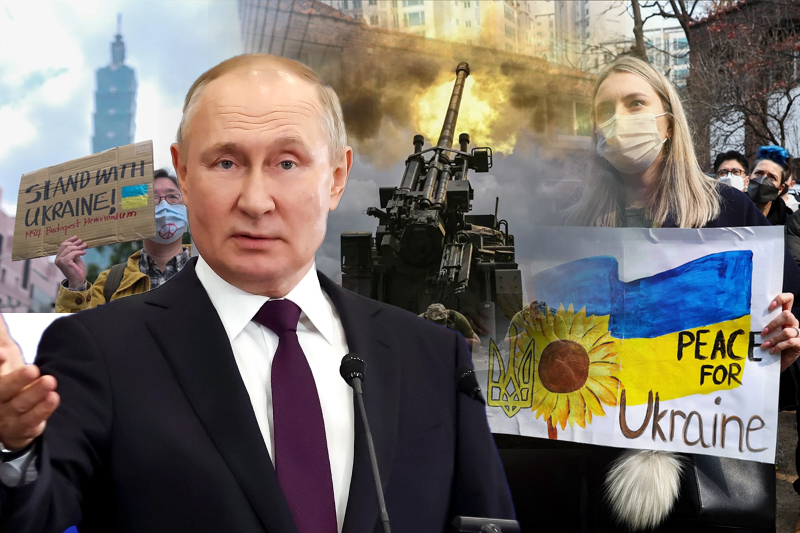 ukraine and the culture war in eastern europe

Ukraine and the Culture War in Eastern Europe

Although the majority of Eastern European governments have maintained their steadfast support for Ukraine, the war has received less support in those nations’ rural communities. Political cohesion in Eastern Europe is currently disintegrating due to the characterization of proponents of peace negotiations and the restart of business ties with Moscow as “extremists.”

Support for Ukraine has evolved into the defining issue in debates over national identity as pro-European Union coalition governments increasingly define themselves against populist opposition parties. The Czech Republic and Slovakia have been quite supportive of Kyiv, but their political elites treat the majority of the locals who are dubious about the extent of support being given to Ukraine’s military effort with contempt.

Pro-Ukraine opponents claim that anti-war and anti-government demonstrators in the Czech Republic, who are gathered under the banner of the social movement “Czech Republic First,” are driven by “hate.” Tens of thousands of people protested in the Czech Republic on October 28 to demand the resignation of the government and to protest the rising cost of living; two days later, a counterprotest in favour of Ukraine drew an equal number of people.

Asserting that “our enemies” would not be permitted to “take our patriotism or our flag,” the interior minister of the Czech Republic, Vt Rakuan, appeared to depict anyone who questioned the government’s approach to Ukraine as an enemy of the state.

Praise is given to the governments of Prague and Bratislava for their unwavering backing of Kiev. Both nations have taken in tens of thousands of Ukrainian refugees; the Czech Republic was the first member of the North Atlantic Treaty Organization to supply tanks to the Ukrainian army.

These governments have also failed miserably in their efforts to increase public support for Ukraine. They have permitted and even encouraged the conflict to become a domestic culture war between urban residents and less well-off rural voters who are worried about how the war will affect the expense of life.

The hostile environment is fueled by the Czech government’s outward hatred against demonstrators. Anti-war demonstrations, according to Prime Minister Petr Fiala, are proof of a “Russian fifth column” that is “near to radical beliefs.”

Such remarks have contributed to the Ukraine War becoming a ferociously politicised topic, further enmeshing already-existing social and cultural differences. People that support Kyiv are typically pro-EU and progressive values proponents, with the recent pro-Ukraine counter demonstration in Prague emphasising support for the area’s LGBT community.

The majority of anti-government protesters are social conservatives and eurosceptics. They also have a lot of misgivings about the motives and geopolitical power of the United States. There are very few mentions of Vladimir Putin at Czech Republic First demonstrations, but there are many banners, placards, and speeches criticising American influence.

No matter how much one disagrees with their viewpoints, branding these protesters as extremists will not increase support for Ukraine.

The governments of Eastern Europe have been adamant in their efforts to help Ukraine; at the end of October, the Czech cabinet travelled to Kyiv to meet with President Volodymyr Zelensky. But if these leaders don’t adopt a more forgiving attitude toward their own people, they might reap a storm of discontent for the challenging economic times to come.

Even when the moral justifications are good, it is considerably more difficult for citizens to criticise a government that upholds their own interests than it is for them to do so with governments that appear to prioritise the interests of others.

But according to a recent poll, more than 50% of people in Slovakia now want Russia to win the conflict, with a fifth calling for a “clear victory” for the Kremlin. And while it’s generally believed that support for Russia in Eastern Europe is generational, the poll indicated that the 30-39 age bracket had the highest percentage of respondents who wanted a Russian triumph.

Researchers frequently assert a link between education and support for Ukraine, feeding the myth that antiwar protesters are ignorant country folk driven by selfish self-interest. For nations eager to continue supporting Kiev, this dubious description poses a threat. putting an end to discussion by labelling opponents’ arguments as foolish.