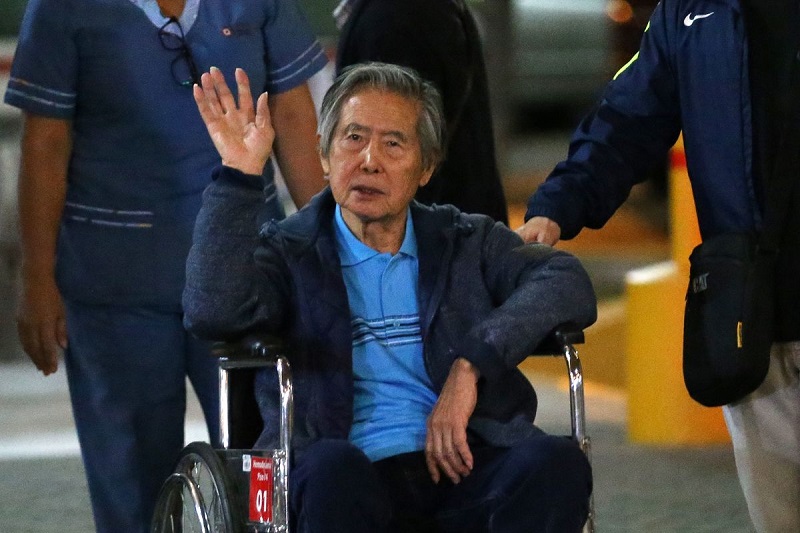 Peru -Peru’s top constitutional court has ordered former President Alberto Fujimori to be freed from prison. The ex-President had been sentenced until 2032 for gross human rights violations.

Fujimori had previously been pardoned in 2017 on Christmas Eve. However, the Constitutional Tribunal had overturned that controversial decision, saying that it had been irregular.

The latest decision on Thursday reinstated the pardon. It is being seen in the light of the recent appointment of judges who are seen as more sympathetic to the ex-president.

The ruling showed judges voted 4-3 to set Fujimori free. However, it is unclear when Fujimori could move out of the prison or if fresh legal challenges could stop the decision.

The ruling triggered left-wing groups, who called for protests later on Thursday. President Pedro Castillo also reacted angrily to the decision and called on international courts to “protect justice.”

Castillo has been an active rival of Fujimori’s political legacy. It is pertinent to state that Peru is a member of the Costa Rica-based Inter-American Court of Human Rights.

Fujimori governed Peru between 1990 and 2000. He is recognized as a highly polarising figure.

In his initial term, Fujimori ended a period of hyperinflation and turned around the economy. He was later sentenced for gross human rights violations for a crackdown on the Shining Path guerrilla group. He also redrafted the Constitution after sending the military to dissolve Congress.

In response to the ruling, Peruvian PM Anibal Torres said that the government must obey it. However, he criticised it as a path to “guarantee the impunity” of the ex-president.

“It is very negative for our country. I have said in the past that this court must disappear. These courts have been doing a lot of damage to the country. This case is a concrete example of it.”