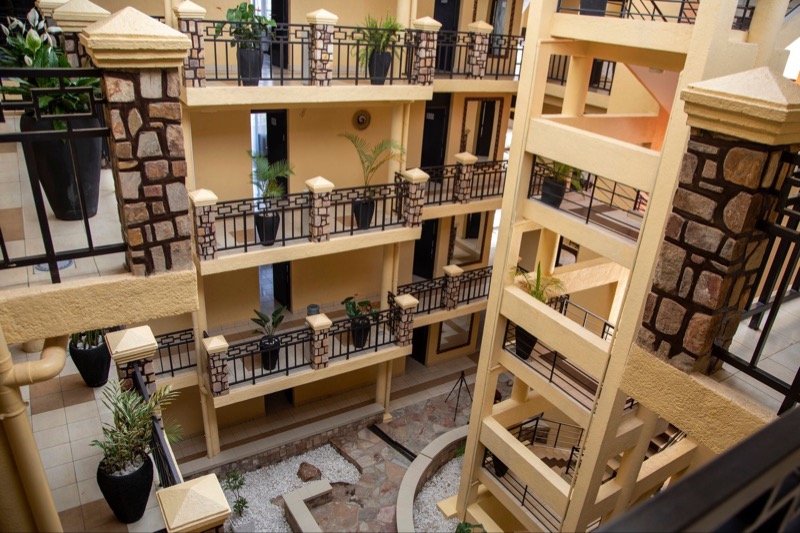 Children deported from the United Kingdom on one-way tickets under Boris Johnson’s widely criticized program are being housed in Rwanda.

It was revealed on Friday that the Hope Hostel in the capital of Kigali is building a five-a-side football pitch, and a basketball court and considering purchasing outside toys for children.

No unaccompanied children will be taken to Rwanda’s capital of Kigali, 4,000 miles away, Downing Street stressed, adding it was appropriate to “plan for all eventualities.”

According to manager Elisee Kalyango, “We are ready to handle people of any age” and acknowledged that they were putting plans in place for children who would be covered by the policy.

A “small football and basketball court which can be converted to volleyball,” he said, and “toys” were being considered for the nearby lawn for children.

Media members who traveled with the Prime Minister to Rwanda, where he is participating in the Commonwealth conference, were given a tour of the hotel by the manager.

There was no one in the Hope Hostel. In April, the Government negotiated a £120 million economic and migration deal with Rwanda, which Mr. Kalyango claimed the individuals who had been staying there, including orphans of Rwanda’s genocide and students, had been relocated.

Revelations regarding children were “utterly unacceptable” to Lord Dubs, who fled Nazis in Czechoslovakia under the Kindertransport scheme.

“I don’t know how they think they can get away with it – I think it’s deeply, deeply shocking. It makes it clear they don’t care who they send to Rwanda – as long as they get rid of people.”

But the official spokesman for the Prime Minister said the Government needed to build “facilities for all eventualities” and reiterated that 90% of people crossing the English Channel in small boats are men.

“It’s right we prepare for all eventualities, and you can see we have prepared properly,” adding, “Our view is we have taken significant steps, as have the Rwandan government and those running this site, to make sure people have everything they need here and opportunities to resettle and live their lives.”

When asked if the Government would deport children who came with their parents on illegal trips, he said, “It will depend on the people who make the journey.”

Shadow Home Secretary Yvette Cooper said, “It’s a new low for them to now include vulnerable children in their plans. Priti Patel, who as Home Secretary, should be embarrassed.”

“The Home Office should stop this damaging plan, rather start going after criminal gangs, and figure out their own asylum decisions instead.”

Mr. Johnson had already said that the policy that has been put on hold because of legal challenges could apply to Ukrainian refugees. But the Prime Minister told reporters that it is “very unlikely” that asylum seekers trying to get away from the Russian invasion will be affected by his policy, which has been criticized a lot.

Labour stated that it was “disgraceful” that Mr. Johnson thinks it’s okay to send people to Rwanda who is running away from Vladimir Putin’s bombs.

Concerns about the $120 million economic deal include Rwanda’s human rights record, but no one-way flights for migrants have yet taken off. Due to legal issues, the initial flight was unable to take off last week.

Kigali has already begun spending the money allocated for the arrival of asylum seekers, despite the fact that the British Government has halted the process.