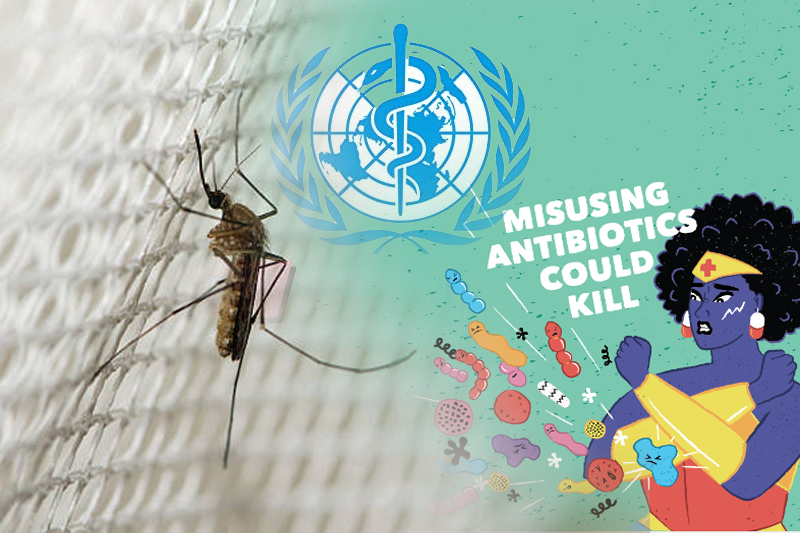 New strategy unveiled by WHO for malaria in Africa, aimed to tackle drug resistance

The UN health agency, WHO (World Health Organization) has unveiled a new strategy that is aimed to address the anti-malaria drug resistance in Africa which is largely responsible for the high case load of malaria across the continent.

In 2020, Sub-Saharan Africa has accounted for a disproportionately high share of the global cases of malaria, with around 96 per cent of all cases and deaths. This has led to widespread drug resistance against malaria leading to high fatality.

Today marks the start of #WorldAMRweek! 💊

When we abuse, misuse or overuse medicines like antibiotics, we risk bugs becoming RESISTANT to the medicines used to fight them.

Malaria is caused by parasites which are transmitted to humans through the infected female Anopheles mosquitoes. In recent years, there have been reports from the continent of emerging parasite resistance to artemisinin, the core compound of the best available medicines to treat malaria, said WHO. “Although antimalarial drug resistance is a serious cause for concern, artemisinin-based combination therapies (ACTs) remain the best available treatment for uncomplicated P. falciparum malaria,” notes Dr Pascal Ringwald, lead author of the new strategy and a Coordinator in the WHO Global Malaria Programme. “Health care providers should continue to prescribe and use ACTs to treat confirmed malaria.”

WHO has recommended 6 different artemisinin-based combination therapies (ACTs) as first- and second-line treatment for uncomplicated P. falciparum malaria. WHO website notes, Isolated from the plant Artemisia annua, artemisinin and its derivatives are powerful medicines known for their ability to rapidly reduce the number of Plasmodium parasites in the blood of patients with malaria. ACTs combine an artemisinin derivative (artesunate, artemether or dihydroartemisinin) with a partner drug. The role of the artemisinin compound is to reduce the number of parasites during the first 3 days of treatment, while the role of the partner drug is to eliminate the remaining parasites and cure the infection.

Parasite resistance to artemisinin has been largely noted in the Greater Mekong sub-region in Southeast Asia, and several other areas in Africa, specifically Eritrea, Rwanda and Uganda.

“We don’t have that many options for malaria drugs,” said Dr. Dorothy Achu, the new Team Lead for Tropical and Vector Borne Diseases for the WHO African Region. “As it stands, we just have artemisinin-based combination therapies for uncomplicated malaria. So, any threat to these drugs could lead to lots of cases and deaths, which we obviously want to avoid.”