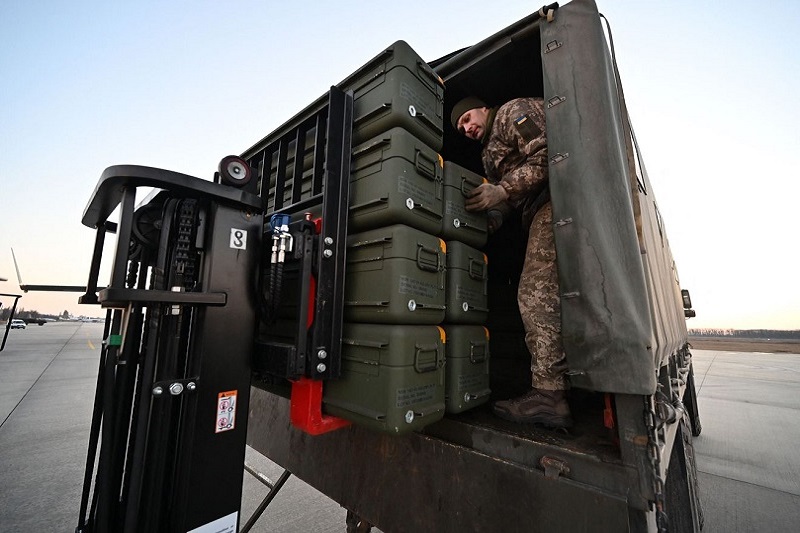 Ukraine -With war becoming inevitable. More than two dozen nations, including the UK, other European countries, and the US, have decided to take sides. It is Ukraine for sure and the small country will be getting supplies like weapons, medical help and other military aid to fight a Russian invasion.

Except three nations that have chosen to be more ‘diplomatic’ and not take sides stand on the sidelines, literally 27 nations are supporting the Ukrainian population. In the whole process, the UK will carry out ‘logistics operations’ to support the delivery of the donations. Towards this, a donors’ conference has already been organized virtually, confirmed British defence secretary, Ben Wallace.

With NATO also adding on its support, the first line of support would come as weaponry and lethal support. Netherlands is supply stinger missiles to Ukraine to the tune of 200. According to Wallace, “They will continue to give humanitarian and military support, which includes ammunition and anti-tank weapons, and the UK has offered to conduct logistics operations to support the delivery of donations.” The assistance includes lethal aid, like ammunition, anti-tank weapons and anti-air weapons, and non-lethal aid such as medical supplies.

As the invasion comes to the third day, the outskirts of Kyiv can hear gunshots and missile launches as Russia moves in gradually into the city. countries that had previously been against sending weapons to help the Ukrainian armed forces have now decided to do so following Russian President Vladimir Putin’s decision to invade his neighbour.

The donating nations include countries that are not part of the NATO defence alliance. As of now, Ukraine holds the key cities and has been giving back huge resistance to the Russian forces. The UK is going to impose direct sanctions on Vladimir Putin and Russian Foreign Minister Sergei Lavrov imminently. The EU also plans to freeze their assets, and the US intends to do the same. Ukraine is not part of the alliance and other members are therefore not obliged to defend it if it is attacked.