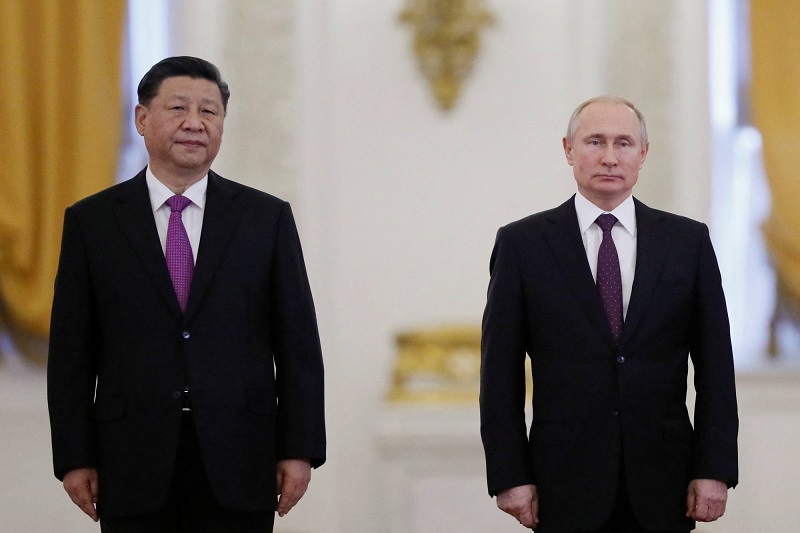 Ukraine -Eve of Winter Olympics, about three weeks ago from now, Russia and China embarked on a new friendship journey, each vowing of partnership that “has no limits”. But now that Russia has declared a war on Ukraine, the situation currently will be the real litmus test of friendship between Russia and China, and how far actually the latter is willing to go to prove or sustain that newfound alliance.

The emerging superpower neighbors, who also flaunt nuclear strength, have gained proximity in recent years. Their alliance can be a challenge to the United States-led democratic West in case a new Cold War holds ground. But if such a situation arises, China has a lot to lose – trade with US and Europe are the main lifelines of China’s economic growth, yet its hunger for power has pushed into deeper intimacy with Russia. “The ongoing conflict in Ukraine will reveal whether there is a deeper bond or whether the relationship is essentially transactional,” Anthony Saich, a China expert said on the website of Harvard University’s Ash Center for Democratic Governance and Innovation.

What would be the signs that will indicate China has gone deep into Russia? Saich has outlined three such actions by China. Foremost, if Beijing chose to use a veto in any United Nations-led resolution to criticize or take action against Russia, rather than abstention from it. Next would be recognizing a puppet regime in Ukraine by Russia if the situation goes in favor of Moscow. And in conclusion, if China refuses to label the Russian attack on Ukraine an “invasion” even after civilian casualties are confirmed.

Now, talking about the current stance of China. China, along with India, has already abstained from recent voting on Friday’s United Nations Security Council resolution that demanded Moscow to stop attack on Kyiv. China again abstained from another vote conducted on Sunday. “The two abstentions show that China has adopted a more prudent attitude than before amid the extremely broad criticism and protest of the world against Russia’s all-around attacks,” said Shi Yinhong, an international relations expert at the Renmin University of China.