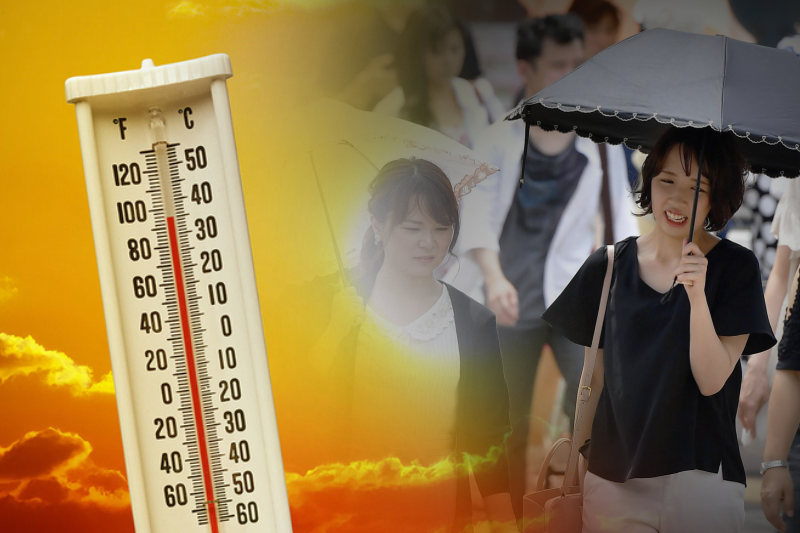 Japan warned of heatwave, people urged to turn off lights to conserve energy

Japanese government has warned the people of Tokyo region to either save energy, else face power outages. The warning comes as the capital city struggles under record June temperatures after the rainy season faced a premature end.

“We ask the public to reduce energy consumption during the early evening hours when the reserve ratio falls,” Yoshihiko Isozaki, the deputy chief cabinet secretary, told reporters. Temperatures of 35 C (95 degrees Fahrenheit) were forecast in Tokyo throughout the day. Similar extremely high temperatures are expected in the city for the rest of the week as well, according to the Japanese meteorological agency.

Isozaki has advised all the households and businesses in Tokyo to turn off lights while not in use and also limit the use of air conditioner. However, warning against heat stroke has also been issued in the city.

The economy and industry ministry said “people living in the region serviced by Tokyo Electric Power [Tepco] should conserve energy, especially when demand peaks in the late afternoon and early evening.” Reports said “reserve generating capacity risked dropping as low as 3.7% in Tokyo and the surrounding region at that time; below 3% risks power shortages and blackouts”.

Kaname Ogawa, the director of electricity supply policy at the ministry, said demand of electricity was much higher than expected due to the temperature exceeding Sunday’s forecast. “We are struck by unusual heat for the season,” Ogawa said. “Please cooperate and save as much power as possible.”

On Sunday, Isesaki city in Gunma prefecture in north of Tokyo, recorded highest temperature in June in Japan at 40.2 C. More than 250 people in Tokyo were taken to hospitals over the weekend after they suffered heat stroke, according to the Mainichi Shimbun newspaper. “Immediately after the rainy season ends, many people are yet to be fully acclimated to heat and face a greater risk of heat stroke,” the meteorological agency said in a statement.