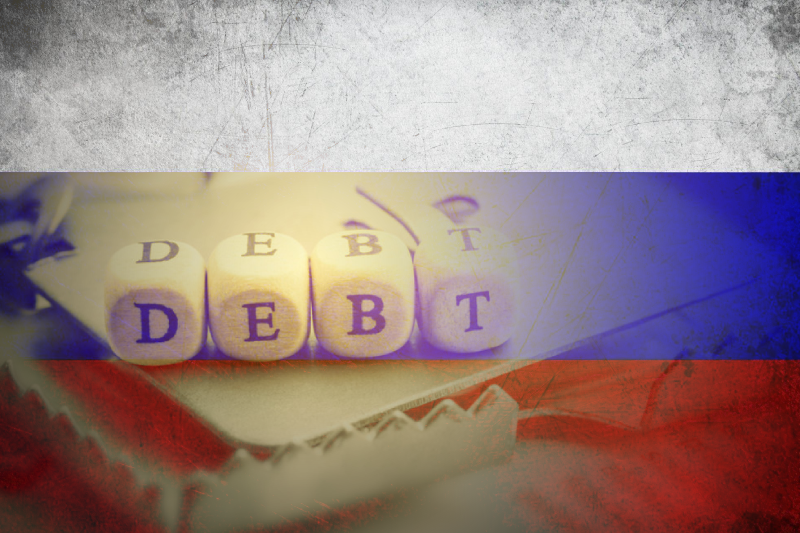 For the first time since 1917 revolution, Russia has defaulted on its foreign debt, further pushing away it from international financial system after strict sanctions were imposed on it in response to its invasion on Ukraine.

“The country missed a deadline of Sunday night to meet a 30-day grace period on interest payments of $100m on two Eurobonds originally due on 27 May,” Bloomberg reported on Monday morning.

“While there is a possibility that some magic could occur and Russia gets the money through financial institutions to bondholders despite sanctions, nobody’s making that bet,” said Jay S. Auslander, a top sovereign debt lawyer at the firm of Wilk Auslander in New York. “The overwhelming probability is they won’t be able to because no bank is going to move the money.”

Russia has pushed back against the default, saying it has the funds to cover & has been forced into non-payment

A formal default declaration would come from a ratings agency https://t.co/n27uvzPs6I pic.twitter.com/RILrYAQ3Cy

US closed doors for Russia to pay debt

Last month, US Treasury Department had closed doors on Russia to be able to pay debt through American banks. In response, the Russian Finance Ministry had said that it would pay dollar-denominated debts in rubles while offering “the opportunity for subsequent conversion into the original currency.”

“There is money and there is also the readiness to pay,” Russian Finance Minister Anton Siluanov said last month. “This situation, artificially created by an unfriendly country, will not have any effect on Russians’ quality of life.”

Russia’s first major default on international bonds since the Bolshevik revolution in 1917 was thus met with an insurmountable roadblock in late May when the US treasury department’s office of foreign assets c (OFAC) had blocked Moscow from making these payments. “Since March we thought that a Russian default is probably inevitable, and the question was just when,” Dennis Hranitzky, head of sovereign litigation at law firm Quinn Emanuel, told Reuters. “OFAC has intervened to answer that question for us, and the default is now upon us.”

What can the investors do now?

The investors can formally declare default if 25 per cent or more can say they did not receive their money. If that happens, according to provisions all other Russian foreign bonds are also in default. The bondholders can then seek a court intervention to enforce payment from Russia.

The sanctions on Russia further complicate the situation for it. No settlement or dealings can be done to negotiate the debt.

This default will be another blow to Russia internationally, as the country is already isolated thanks to strict sanctions imposed on it following the invasion in Ukraine.