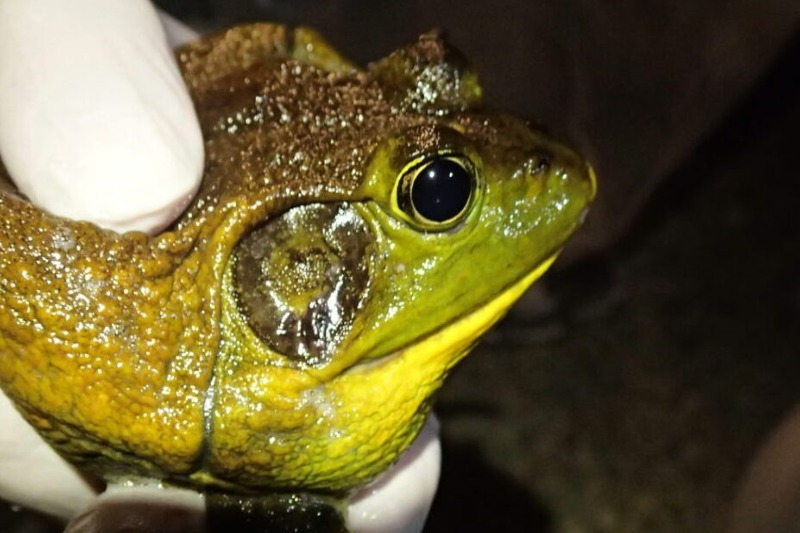 According to a study that was released on Thursday, two invasive species, the American bullfrog and the brown tree snake, will cost the world an estimated total of 16 billion United States dollars between the years 1986 and 2020 due to the problems that they cause, which range from crop damage to power outages (Jul 28).

According to research that was published in Scientific Reports, the brown and green frog known as lithobates catesbeianus, which can weigh more than 0.9 kilograms, had the most significant influence in Europe.

Ismael Soto, a researcher, stated that the brown tree snake, also known as the boiga irregularis, has proliferated uncontrollably on several islands in the Pacific, including Guam and the Mariana Islands. The species was brought to these islands by American forces during World War II.

According to Soto, a PhD student at the University of South Bohemia in the Czech Republic and the study’s lead researcher, this highlights the importance of making investments in the control of the global transport of invasive species in order to avoid having to pay for mitigation after the invasions have taken place.

According to Soto, who spoke with Reuters, “these days, the primary conduit for these species is the pet trade,” especially given that everyone wants to buy the most exotic snake possible. “We recommend that the black list of species that are not allowed to be traded in any way be regularly updated.”

The figures were derived by aggregating the costs associated with invasive species as described in literature that was peer-reviewed or in studies that were deemed to have a high level of reliability. The majority of the data for these figures came from estimates and extrapolations rather than empirical observations.