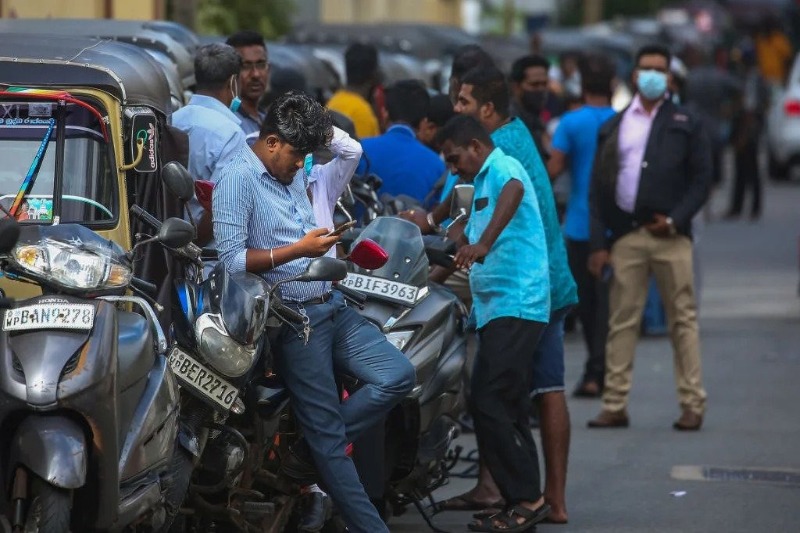 Ranil Wickremesinghe, a former six-time prime minister of Sri Lanka, was elected as the country’s new president on Wednesday (the 20th of July). His term will last until November 2024. His election came at a time when the country was in the midst of a terrible economic crisis and widespread public protests, which led to the resignation of the discredited prime minister Gotabaya Rajapaksa.

Wickremesinghe will take over a country whose economy is in ruins, but he has pledged to turn the nation’s fortunes around. Since May, when he began his sixth term as Prime Minister, he has been instrumental in helping the financially troubled nation’s bailout negotiations with the International Monetary Fund (IMF).

However, given the rapidly diminishing resources of the Central Bank and the widespread opposition to Wickremesinghe’s leadership, it is absolutely necessary to handle domestic instability in advance of any accord. Protesters have accused Wickremesinghe of making deals with the Rajapaksa family in order to obtain the parliamentary vote. They have also pledged to continue their struggle against the corruption that they identify with political elites.

In the immediate term, Wickremesinghe needs to manage the discontent of the public and restore some degree of political stability in order to provide room for discussions. In its absence, the national crisis will only become more severe as a result of skyrocketing food costs and a severe lack of fuel.

Wickremesinghe should unify his all-party government and harness prior negotiation expertise with the IMF to finalize a debt restructuring plan this August so that the country may move forward with an agreement to get a rescue from the IMF worth several billions of dollars.

It is imperative that the strategy give priority to the participation of major donors like Japan, China, and India so that Sri Lanka may obtain concrete financial assurances from its top creditors over the country’s ability to sustain its debt load.

This strategy is compatible with Wickremesinghe’s suggestion from June to organize a “donor conference” in order to get the essential backing that is required. It will also send an unmistakable signal to the International Monetary Fund (IMF) indicating that Sri Lanka has achieved some degree of cooperation from its creditors in order to support a bailout arrangement.

Delays in holding the donor conference could make it more difficult to manage the low foreign exchange reserves of the government, which would restrict merchants from importing food, fuel, and other necessary items.

To Sri Lanka’s credit, a number of its donors are prepared to provide short-term aid with relief efforts, and the country is in the process of arranging important credit lines with India, Japan, China, and Bangladesh at the present time. On July 18, the office of Prime Minister Wickremesinghe released a statement stating that “negotiations with the IMF were reaching conclusion, and conversations for help with foreign governments were also progressing.”

This positive momentum ought to culminate at Sri Lanka’s donor conference, with the goal of achieving an agreement on managing the country’s near-term debt liabilities and boosting the number of credit lines that are accessible to the country.

Wickremesinghe should make quiet public discontent an immediate priority, in addition to receiving financial aid, since it is the other immediate need that needs to be addressed.

A significant protest camp that was located outside of the presidential office in the capital was the target of an armed police and military attack not long after Wickremesinghe was sworn in as president. They attacked protesters and arrested around a dozen of them a few hours before the protesters were scheduled to leave the area.

The use of such force not only heightens opposition to Wickremesinghe’s presidency and endangers the continuation of rule in the country, but it also causes the international community to have doubts about Wickremesinghe’s dedication to the rule of law.

Therefore, Wickremesinghe ought to issue orders for the security forces to cease any crackdowns against citizens and instead begin dialogue with the leaders of protest groups. This not only enables Wickremesinghe to include their concerns and interests directly into the administration’s governance plan, but it also challenges the perception that Wickremesinghe’s cabinet – which is composed of some Rajapaksa supporters – is merely a continuation of the past.

Maintaining good relations with the population is absolutely necessary in order to move forward with IMF bailout talks. Recently, the Managing Director of the International Monetary Fund, Kristalina Georgieva, made it abundantly apparent that the IMF is happy to collaborate with any administration in Sri Lanka “as long as the next leader has support and has the longevity to lead the country.”

Even if the demonstrations were to stop and plans were made to engage all donors, Sri Lanka’s current economic problem would not be resolved any time soon. The conflict in Ukraine will continue to drive up the price of commodities, and Sri Lanka’s weak integration in the global supply chain adds additional barriers to the delivery of short-term relief.

Rising oil prices continue to put pressure on some of Sri Lanka’s most important contributors, which poses a challenge for the nation’s efforts to promptly acquire gasoline at a reasonable price. The governor of Sri Lanka’s Central Bank has previously issued a warning that the country’s liquid external resources are nearly “nonexistent,” and that all of the country’s available foreign exchange resources have been devoured by the cost of importing gas.

These worldwide pressures on food and fuel costs are beyond the authority of the newly elected government, which makes the road to recovery more difficult for Sri Lanka.

The most prudent action for Wickremesinghe to do at this point would be to back up negotiations with the IMF by securing favorable guarantees from its creditors. In addition, he ought to engage in conversation with the demonstrators in order to get Sri Lanka back on the path that leads to political stability.