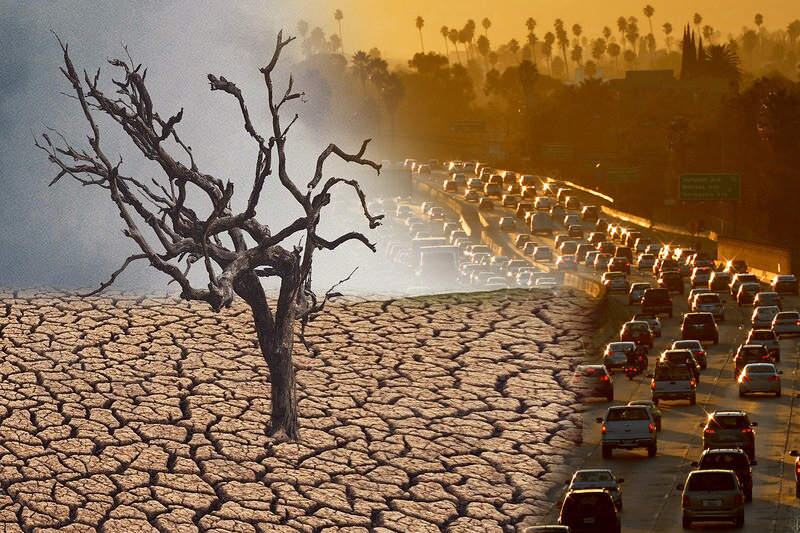 how enhancing traffic safety can aid in combating climate change

How enhancing traffic safety can aid in combating climate change

One of the deadliest killers known to mankind is traffic. Over 1.3 million people per year—the population of Dallas, Prague, or Tangier—die in traffic accidents. More people die from them than from HIV/AIDS or tuberculosis in low-income nations.

A similar underappreciated hazard to human life is climate change. With “high confidence,” scientists project that its effects “would dramatically increase ill health and early mortality.”

The World Health Organization predicts that between 2030 and 2050, the health effects of climate change would claim the lives of about 5 million people. Future victims of floods, wildfires, storms, and other repercussions of global warming are not even mentioned.

About 25% of all greenhouse gas emissions are caused by transportation. Road traffic, including cars, vans, trucks, and buses, is responsible for 75 per cent of those.

Motorization is accelerating; car registrations surpassed the 1 billion mark in 2017 and, according to some estimates, there will be 2 billion vehicles on our roads by 2030. 26 million cars were sold in China alone last year, up from 2 million in 2002. Sales of electric vehicles (EVs) are brisk, but so are those of gas-guzzling SUVs, which are consuming all of the pollution savings from EVs.

There is no way we can keep global warming at 1.5C without decarbonizing transportation. On the road to emissions-free mobility, reducing emissions from road vehicles is a primary priority. Cars are incredibly flexible, and for many users and uses, they will always be the only option.

However, we have become unduly reliant on them and haven’t properly addressed the drawbacks of motorised individual mobility, such as the millions of traffic fatalities and the impact of transportation on climate change.

The test cases for moving in less carbon-intensive ways are cities. The “15-minute city” concept, which advocates for making it possible to commute to work, school, shops, clinics, and other necessities and possibilities by foot or by bicycle, is gaining popularity.

Greater urban density promotes decarbonization since it results in fewer, more efficient travels. However, high density might also make it riskier to be a cyclist or a pedestrian. 81% of road fatalities between 2010 and 2019 in the six cities of the ITF’s Safer City Streets network with more than 10,000 inhabitants per square kilometre involved vulnerable road users like walkers, cyclists, or motorcyclists.

City dwellers can be inspired to walk and cycle, but people tend to play it safe. This was demonstrated by the massive, involuntary mobility experiment that the COVID-19 pandemic unleashed.

If walking to school is difficult or unsafe, parents will drive their children there. Bicycle commuters won’t use it if the trip is nerve-wracking and dangerous. Similar to this, a large number of people in 2020–21 used sidewalks and temporary bike lanes mostly out of worry for their health and to prevent contracting viruses.

This is a crucial lesson for policymakers: by creating a safe, stress-free environment, you can encourage excursions from private automobiles to active transportation (walking and cycling).

But the data demonstrate that it is not. Car occupants have disproportionately benefited from recent increases in road safety. The International Transport Forum (ITF) has authenticated data for 34 nations, and over the 2010–19 decade, the average number of individuals killed in crashes inside a car decreased by 19% globally. Only 3% fewer pedestrian deaths and pitiful 1% fewer cycling fatalities occurred.