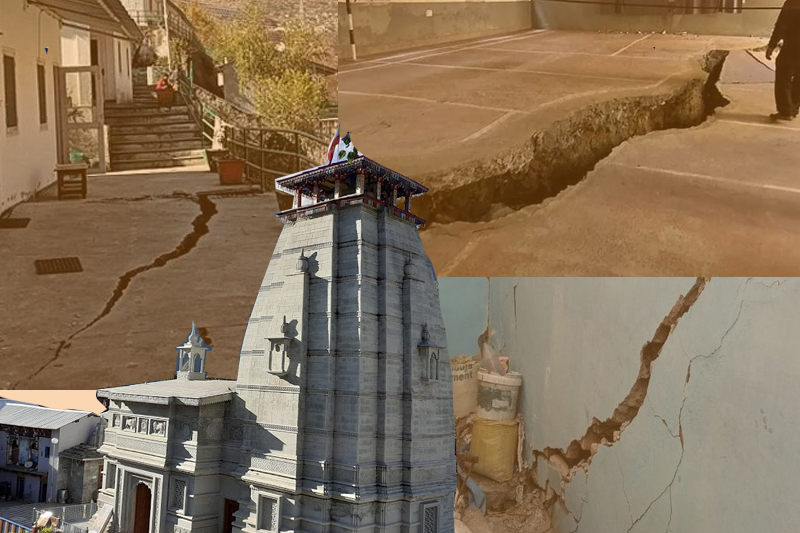 Scores of families from Joshimath town in India’s Uttarakhand have been evacuated after large cracks appeared on houses and roads. Gradual land subsidence, referring to the ground slowly sinking, has caused more than 600 houses to develop cracks. Over the past 18 months, the Himalayan town has been sinking at a rapid rate of 6 – 6.5 centimeters every year, satellite images have revealed. The area has been declared “disaster-prone”.

Officials said they were providing dry ration supplies and financial assistance to affected residents. Almost 68 families have been moved so far to temporary shelters and more will be evacuated in the coming days.

A team of experts visited the sinking town last week and submitted a report to the Indian government. At least 25% of the area of Joshimath is likely to be affected by land subsidence. Residents had been raising the alarm for months, but the issue only came into the limelight recently after the cracks started widening.

Nevertheless, the problem of subsidence isn’t new for Joshimath. In 1976, a government committee had raised concerns over the risks of land sinking in the town after residents complained of cracks. The panel had also cautioned against allowing heavy construction work in the area. However, in the years since, construction activity has only increased. Rampant construction is hurting the fragile ecological balance of the region, which is susceptible to earthquakes and landslides.

Uttarakhand is home to some of the holiest sites for Hindus. Over the past couple of decades, the region has been witnessing a surge in the number of worshippers – partly due to greater mobility and connectivity. This factor, besides the heavy infrastructural development to accommodate the faithful, is disturbing the fragile balance.

A ban, experts say, cannot be a solution when centuries-old old traditions are concerned. But regulation, without disrespecting religious sentiments, isn’t considered an unreliable approach.