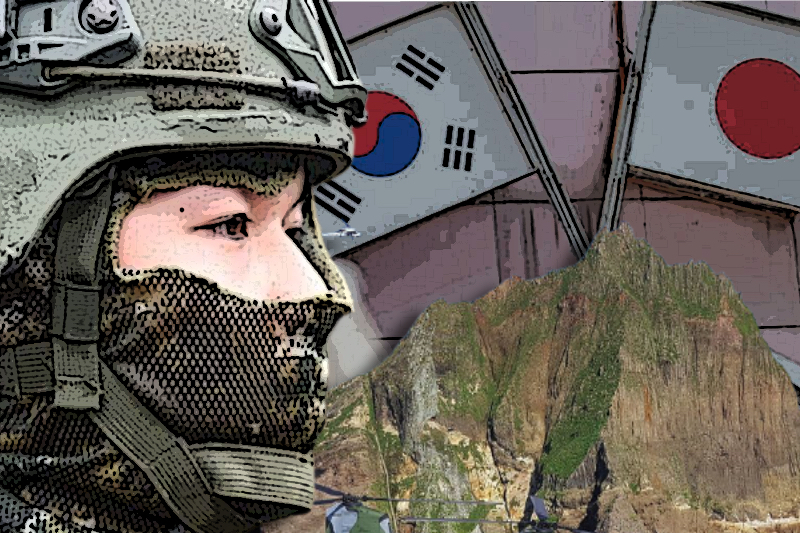 Disputed territorial islands saw fresh rounds of annual military drills by South Korea near the waters of Dokdo islands, referred to as Takeshima islands in Japan. The military exercise began few days after meeting of both nations’ leaders on G7 Summit in Cornwall’s sidelines was cancelled as Japan raised objections over the military drills conduction. This long-running territorial dispute between the countries has further threatened Tokyo Olympics to be held this year.

Lasty weekend, the meeting between South Korean president Moon Jae-in and the Japanese prime minister Yoshihide Suga was cancelled after Mr. Suga raised concerns over South Korean drills near disputed islands. According to the Yomiuri Shimbun newspaper, Moon was planning on attending Olympics opening ceremony on July and had plans of telling Suga about this during meeting. This would have been a starting point of relations improving between the two nations.

Moon expressed his disappointment over not being able to meet Suga during the G7. “My first encounter with prime minister Suga would have been a precious chance [for] a new start in the South Korea-Japan relationship, but I am sorry that it could not develop into a meeting,” he said in a Facebook post.

Japanese officials say that meeting had to be cancelled over scheduling problems.

Earlier in month of June, South Korea had raised concerns and lodged a complaint with IOC (International Olympic Committee) after organizers of Tokyo Olympics 2020 identifies the disputed islands as Japanese territories in an online map that displayed Olympic torch relay route. The fresh rounds of military drills by South Korea is expected to further stir in strains in an already sour relationship between Tokyo and Seoul over bitter war history.

The prime reason of bitterness in war history is because of disagreements around Japan’s indulgence in sexual slavery during wartime and forcing of laborers into mines and factories during and even before World War II. Nevertheless, both Japan and South Korea are key allies to the USA and share a common cause of ‘denuclearizing’ North Korea.

The South Korean Defense Ministry has relayed that military drills would be participated by naval, air and coast guard forces, while being limited at sea and minimum contacts between all troops citing coronavirus concerns.

The chief cabinet secretary in Japan, Katsunobu Kato, said on Tuesday, “The drills are unacceptable and extremely regrettable. We have protested to the South Korean government and called for them to be halted.” Kato added that news around Moon having intentions of attending Olympic opening ceremony has “no truth”. Furthermore, Japan has dismissed all calls by South Korean officials of amending the Olympics torch relay map.