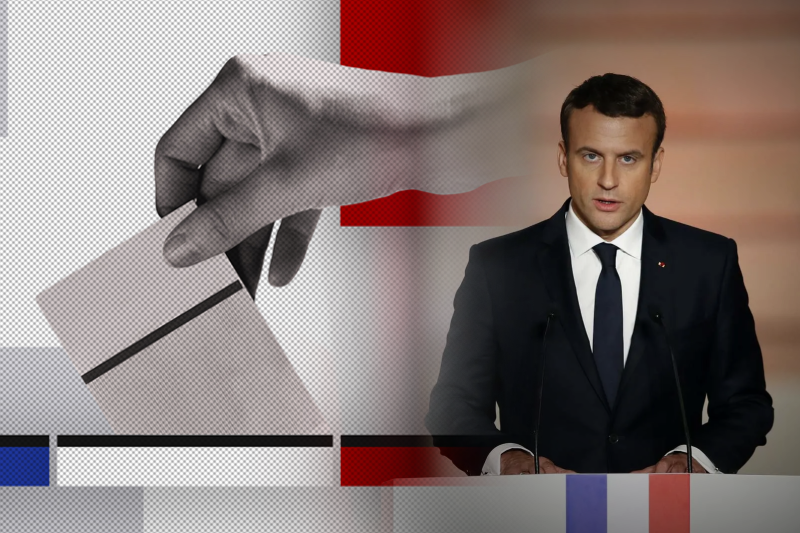 The centrist alliance of French President Emmanuel Macron is expected to sustain its parliamentary majority after the first poll round was concluded on Sunday. But according to projections, it will be with far less seats as bagged five years ago.

Projections according to the partial election results showed that when talking about the national level, Macron’s party and allies got around 25 -26 per cent of the votes. Experts say that it was “neck-and-neck with estimates for a new leftist coalition composed of hard-left, Socialists and Green party supporters”.

Despite of that, Macron’s candidates have been projected to win in a larger number of districts as compared to their leftist rivals, thereby giving the French president a majority.

Second round of voting

A second round of voting in France is scheduled for June 19. If the Ensemble after that falls short of the 289 threshold to be able to gain an absolute majority, which according to experts is a possibility, Emmanuel Macron will become the first and only reigning French president to not register a parliamentary majority since the 2000 electoral reform.

“The truth is that the presidential party, after the first round, is battered and defeated,” Mélenchon, the leader of pan-left NUPES (New Ecologic and Social People’s Union) claimed on Sunday after polls’ early projections were announced.

Sunday’s voter turnout was a record low for a parliamentary election in France , with just less than half of France’s registered 48.7 million voters coming out to cast their ballots. Prime Minister Elisabeth Borne said “we have one week of action, one week to convince, one week to get a strong and clear majority.”

“Faced with the situation in the world and the war at Europe’s doors, we cannot take the risk of instability,” she said, urging voters to gather behind Macron’s alliance in the second round. “Faced with extremes, we will not yield.”