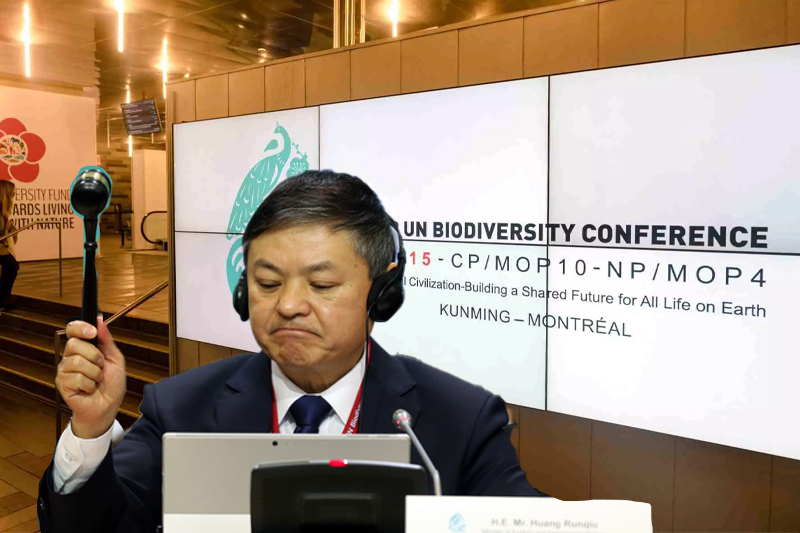 After a rather intense final session of high energy negotiations, Cop15’s president, Huang Runqiu, announced on Monday morning in Montreal that nations had formally adopted the “Kunming-Montreal Global Biodiversity Framework.” The agreement aims to close in on a $700bn annual biodiversity finance plan featuring 23 action oriented targets which are to be delivered by 2030.

The deal finally was agreed by nearly 200 nations after a delay of more than four years due to the Covid-19 pandemic. However, the US and the Vatican have not signed the biodiversity agreement at Cop15 that was co-hosted by Canada and China. The Democratic Republic of Congo appeared to block the final deal that was presented by China. But moments later, China’s environment minister and the Cop15 president, Huang Runqiu, said that the agreement was agreed.

The draft mainly mentions the prime goal of the agreement, which is ensuring that “at least 30 per cent of degraded terrestrial, inland water, and coastal and marine ecosystems are under effective restoration by 2030”. The goal also mentions to “eliminate, phase out or reform incentives, including subsidies harmful for biodiversity” by 2025 and “progressively reducing” these subsidies by at least $500 billion by 2030.

Canada’s Steven Guilbeault, a former environmental campaigner turned minister, said the Kunming-Montreal pact was a “bold step forward to protect nature”. He added, “Just six months ago, we didn’t know if we were going to even be able to have this conference and or even less to be able to adopt this historic document. And this was only possible through the collaboration of all countries present here tonight.”

In the final agreement, countries decided to create a new fund within the UN’s main existing biodiversity financing mechanism – the global environment facility – and commit to future talks about a separate fund. Rich countries agreed to provide $30bn of aid for biodiversity by the end of the decade, believed to be a substantial increase on current levels, as mentioned by The Guardian.