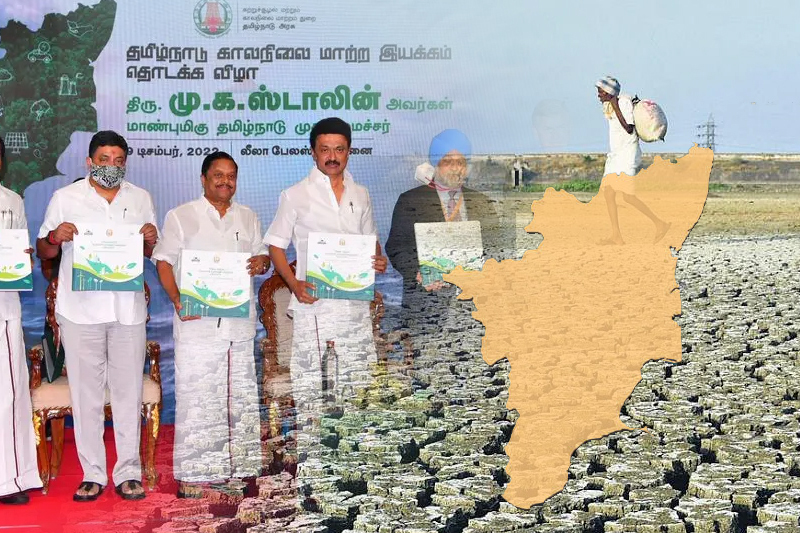 The first state to start its own climate change mission will be Tamil Nadu. It had started the Tamil Nadu Wetlands Mission in August of this year and the Green Tamil Nadu Mission in September of last year. The State Climate Action Plan will be carried out by a Special Purpose Vehicle called the Tamil Nadu Green Climate Company (TNGCC).

According to M K Stalin, the chief minister of Tamil Nadu, the state is on track to become carbon neutral well before the federal goal of 2070.

“Climate change is seen by our administration as a serious humanitarian concern. Since taking office, we have implemented a number of environmental protection initiatives. High levels of carbon emissions have contributed to global warming. According to numerous scientists, carbon neutrality should be achieved by 2050. The Indian government announced at COP26 last year that it would achieve carbon neutrality by 2070. Let me reassure you that Tamil Nadu will become carbon neutral earlier,” stated Stalin.

The objectives also include developing strategies to lessen the effects of climate change, gaining access to funding for adaptation, launching climate education initiatives in educational institutions, and emphasizing climate action for women and children.

Adopt a “One Health” philosophy to better comprehend how climate change affects the health of people, animals, and the environment.

According to Stalin, this programmed benefits the entire world, not only Tamil Nadu or India. We are all concerned about climate change, and the Tamil Nadu government takes the problem extremely seriously. I’m honored to take the lead. I consider this to be my life’s work,” he remarked.