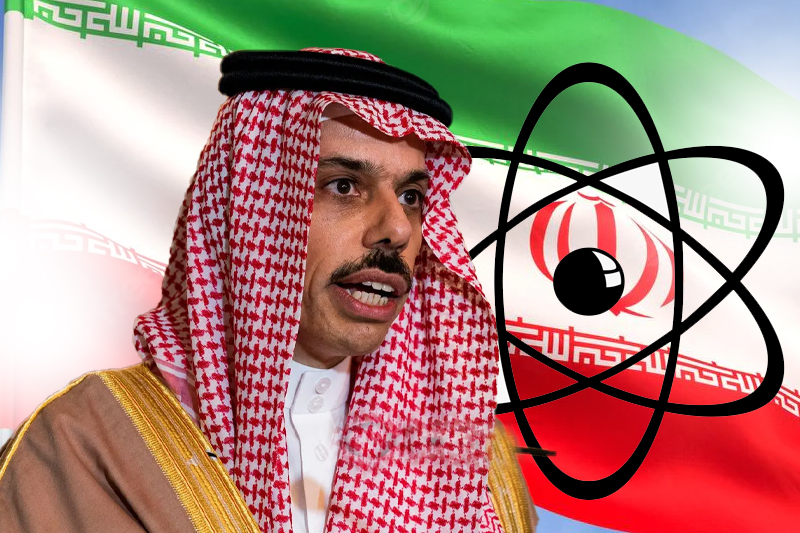 saudi minister all bets off if iran gets a nuclear weapon

Saudi Minister: ‘All bets off’ if Iran gets a nuclear weapon

The Foreign Minister of the Kingdom of Saudi Arabia (KSA), Prince Faisal bin Farhan bin Abdullah bin Faisal bin Farhan Al Saud, said that all bets would be off if the Islamic Republic of Iran gets an operational nuclear weapon.

While attending an event, Prince Faisal bin Farhan said, “If Iran gets an operational nuclear weapon, all bets are off.” He also said that Iranian neighbours would take measures to strengthen their own security. He further added, “We are in a very dangerous space in the region.”

Talks to revive the 2015 Iran nuclear deal or JCPOA (Joint Comprehensive Plan of Action) stalled in September. Western powers accused Iran of raising unreasonable demands for the revival of the deal.

Last month, Iran said that it had started to enrich uranium to 60 per cent at the Fordow plant. Germany, France and Britain also condemned Iran’s move.

The 2015 nuclear deal was signed by China, France, Germany, Russia, the United Kingdom, the United States, the European Union (EU) and Iran. The US exit from the historic deal in 2018 affected the agreement. Within the agreement, Iran agreed to curb its nuclear programme in exchange for sanctions relief.

The Saudi Minister also talked about the GCC-China Summit and the Arab-China Summit. He said that the increased cooperation between Saudi Arabia and China was “incredibly important.”

Iran was also in the limelight over its crackdown on protests over the death of 22-year-old Mahsa Amini and growing evidence of its support for Russia in the war against Ukraine.