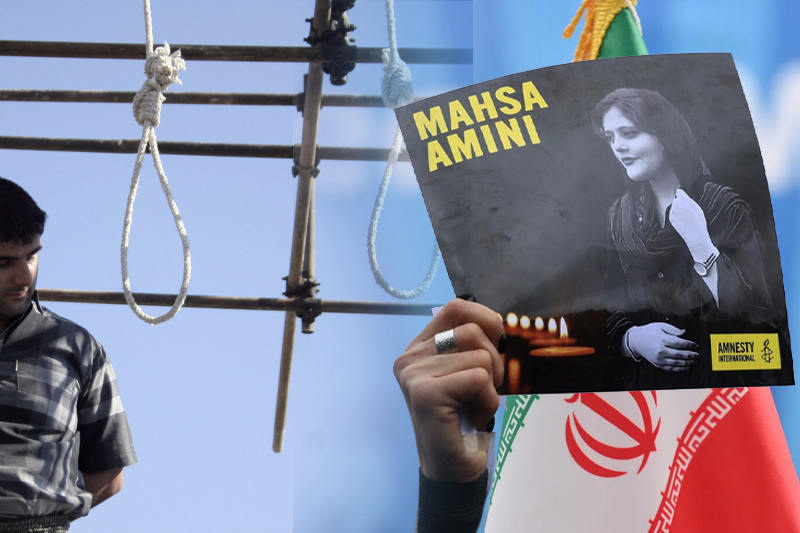 Iran has carried out second public execution by hanging a man who was accused of killing two members of the security forces. This is the second case when Iranian regime has used capital punishment against protesters carrying out demonstrations against the regime in Tehran. This was a shock to Majidreza Rahnavard’s family as they were informed on Monday morning that he had been executed and his body had already been buried in the local cemetery.

Rahnavard, a 23-year-old wrestler, had been sentenced to death by a court in the city of Mashhad for allegedly killing two members of the Basij volunteer force and wounding four others, as mentioned by The Guardian. The Basij force is affiliated with the Iran’s Revolutionary Guards and has been leading the state’s crackdown on protests.

Iranian media has printed out the names of 25 other people who have been at the receiving end of death sentence for being part of the nationwide protests against the regime. The protests across Iran were sparked by the death of Mahsa Amini, a Kurdish-Iranian woman, in custody after she was arrested by the morality police for breaching the strict dress code for women in Iran. The protests, that have been described by Iranian authorities as “riots”, are the biggest challenge to the regime since 1979 when Shah was ousted.

Rahnavard was convicted on the charges of “moharebeh,” a Farsi word that means “waging war against God.” This charge has been imposed against many others since the 1979 Islamic Revolution and has the death penalty as the punishment. Iran’s Mizan news agency, which is under the country’s judiciary, has alleged that Rahnavard had “stabbed two security force members to death November 17 in the city of Mashhad and wounded four others”. The agency has confirmed that the execution took place in public on Monday morning in Mashhad.