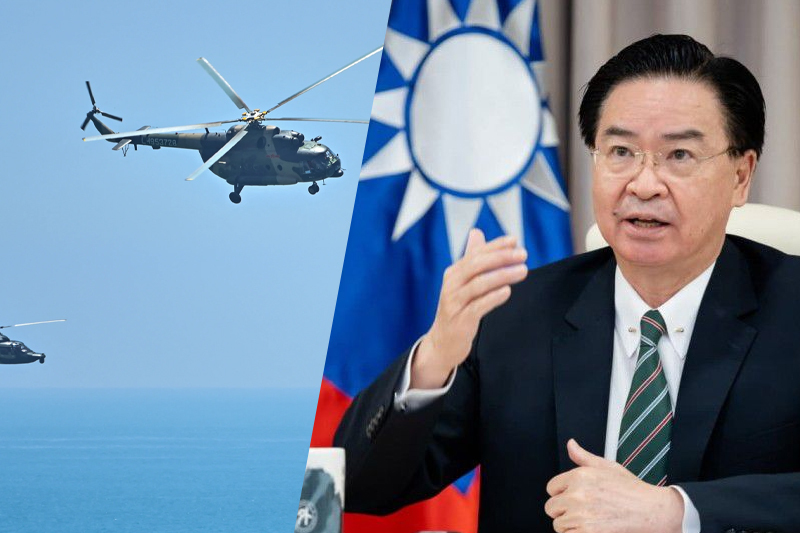 is china preparing fresh pretext for future attacks on taiwan

Is China “preparing fresh pretext” for future attacks on Taiwan?

In an exclusive interview with The Guardian in Taipei, Foreign Minister of Taiwan Joseph Wu said the Chinese military threat was “getting more serious than ever, with a five-fold increase in warplane incursions into Taiwan’s defence zone since 2020”. With this he stressed that the Taiwan’s government believes that China is preparing for another “fresh pretext” to launch a future attack on the island.

The statements come after a year that has witnessed military exercises and drills of unprecedented levels by Beijing in Taiwan Strait. The largest and most serious round of military exercise took place in August after Taiwan visit of US House Speaker Nancy Pelosi, that had clearly upset China. Chinese officials had said the exercises, which also included missile launches, “were a run through of blockade tactics they would one day use against Taiwan for real”. Analysts, however, said that “scale of the exercises suggested they had likely been long-planned, and the Pelosi visit simply provided the People’s Liberation Army (PLA) with a political pretext”.

“And we are quite sure that the Chinese may want to use another pretext of practising their future attacks against Taiwan. So this is a military threat against Taiwan,” said Wu. He added that it was “not just China’s military efforts that were ramping up, but a combination of pressures, including economic coercion, cyber-attacks, cognitive and legal warfare, and diplomatic efforts to have Taiwan isolated internationally.”

Earlier, Taiwan had maintained a communication channel with the mainland through some businessmen and people in academics from Taiwan who had some good connections in China. But with Xi Jinping having secured a third term at the CCP Congress, those doors of communication seem to be closing down. “It is because the Chinese government system has become so authoritarian. It’s not like the old days when regular academia could write recommendations to the central government and are able to get in touch with the key decision-makers and tell us what is the thinking of the top leaders, things like that,” he said.

“If China can do that to Speaker Pelosi’s visit to Taiwan, I think that is going to cause concern in other countries [about] whether their support for Taiwan is going to actually damage Taiwan’s national interest rather than providing real support to Taiwan,” Wu added.