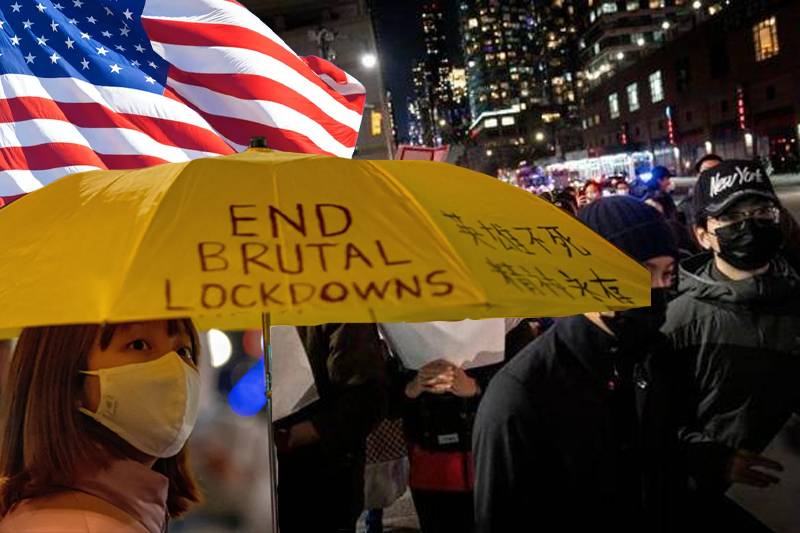 the china us relationship takes a new turn

Over 40 United States (US) senators have warned China against any violent crackdown on protesters in Chinese cities. They also said it would do “extraordinary damage” to the US-China relationship.

The relations between the world’s two largest economies have been going downhill in recent months. The latest move comes at a critical situation when the relationship between the two countries has been affected by US House Speaker Nancy Pelosi’s visit to Taipei, the capital of Taiwan, in August.

U.S. policy toward Taiwan angered China. The visit was subject to strong international and domestic debate for several weeks.

In a Financial Times op-ed, Kevin Rudd, former Australian premier and China expert, described the competition between the two countries as perilously “unmanaged.”

The current letter by the 42 US senators to China can further affect the relationship between the two countries. The letter noted that China’s violent crackdown on student protesters in 1989 killed thousands of people.

Currently, protests have erupted in China over its COVID-19 quarantine protocols. On Monday, the US said that the people have the right to peacefully protest in China.

Recently, China also warned American officials not to interfere in its relationship with India. It further deteriorated the relationship between the US and China. The Chinese authorities also downplayed its standoff with India along the Line of Actual Control (LAC).

The Pentagon said in its latest report, “PRC (People’s Republic of China) officials have warned US officials to not interfere with China’s relationship with India.”

China aims to undermine U.S. power and influence in Asia. China also wants to dominate the Asian region. In recent months, China has come across as rigid and stern.

During the G20 (Group of 20) summit in Bali, Indonesia, China’s President Xi Jinping met with US President Joe Biden and held two hours of intensive talks. However, tensions between the two countries remain.