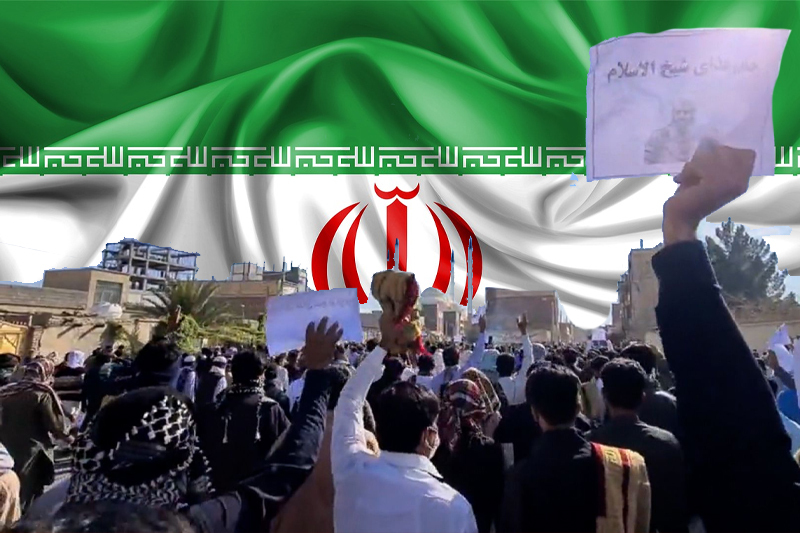 Thousands of Iranians protested gathered in the restive southeast on Friday to mark crackdown on September 30 by security forces known as “Bloody Friday” as the country’s authoritarian regime continues to battle the persistent unrest across the country. Amnesty International has said that the security forces of Iran had unlawfully killed at least 66 people on the fateful day in September after opening fire at protesters in Zahedan, capital of flashpoint Sistan-Baluchistan province. But authorities have stressed that it was the dissidents who had provoked the clashes.

Anger erupted due to the September 30 shooting was further fueled by the allegations of a police officer having raped a local teenage girl.

Demonstrations against the Iranian government first gained momentum in September after the death of a Kurdish woman, Mahsa Amini, who had been detained by Iran’s morality police for allegedly disobeying the Islamic Republic’s strict dress code of hijab that is imposed on women. Nationwide demonstrations have continued since then and now have turned into a popular revolt, with students, doctors, lawyers, workers and athletes taking part in the protests against the regime and mostly Supreme Leader Ayatollah Ali Khamenei.

Women have been at the forefront of the protests, with many removing their hijabs and are joined in by women from across the world. On Friday, a video emerged of the ace archer Parmida Ghasemi who is seen removing her hijab during an awards ceremony in Tehran. In the video, “Ghasemi, standing along with other athletes on a podium, lets her headscarf fall while unseen people in the audience clap and shout bravo”. Reuters, however, could not verify the authenticity of the video.

Some of the most significant unrest has been in areas with most population of minority ethnic groups having longstanding grievances against Tehran, including Sistan and Baluchistan and Kurdistan. “Sistan and Baluchistan, near Iran’s south-eastern border with Pakistan and Afghanistan, is home to a Baluch minority with an estimated 2 million people. They have faced discrimination and repression for decades,” according to human rights groups.