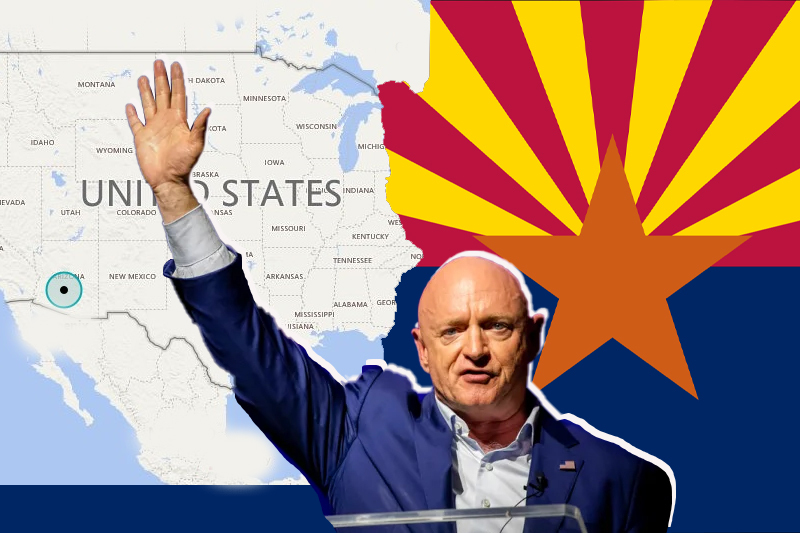 Democratic Senator Mark Kelly has won his bid for reelection in Arizona, the crucial swing state by defeating Republican candidate and venture capitalist Blake Masters who had endorsement of former President Donald Trump. This win has put Democrat party just one victory away from bagging the control of the Senate chamber for the remaining two years of Joe Biden’s presidency.

Vice President Kamala Harris has the power of very crucial tiebreaking vote through which Democrats can retain control of the Senate by just winning one more seat – either Nevada or the next month’s runoff in Georgia. But in order to take the Senate, Republicans are now required to win both of these races to take the 51 seats requirement for win.

Kelly, who is a former NASA astronaut and has flown to space four times, is married to former U.S. Rep. Gabby Giffords. Giffords had survived a gunshot wound to the head during an assassination attempt in 2011. Kelly and Giffords have co-founded a gun safety advocacy group. “It’s been one of the great honors of my life to serve as Arizona’s Senator,” Kelly said in a statement. “I’m humbled by the trust our state has placed in me to continue this work.”

Kelly had become the Senator of Arizona in 2020 special election that was spurred by the death of Republican Sen. John McCain. His election had given Democrats both of Arizona’s Senate seats for the first time in 70 years. This shift was further propelled by rising unpopularity of the then president Donald Trump.

For the 2022 mid term elections, Kelly’s campaign focused on abortion rights. But on matter of border security, Kelly had distanced himself from the Biden administration as he called the situation a complete “mess”. Kelly has strongly advocated against ending Title 42, a Trump-era public health policy that calls for Covid-19 pandemic as justification to expel the migrants at the southern border.