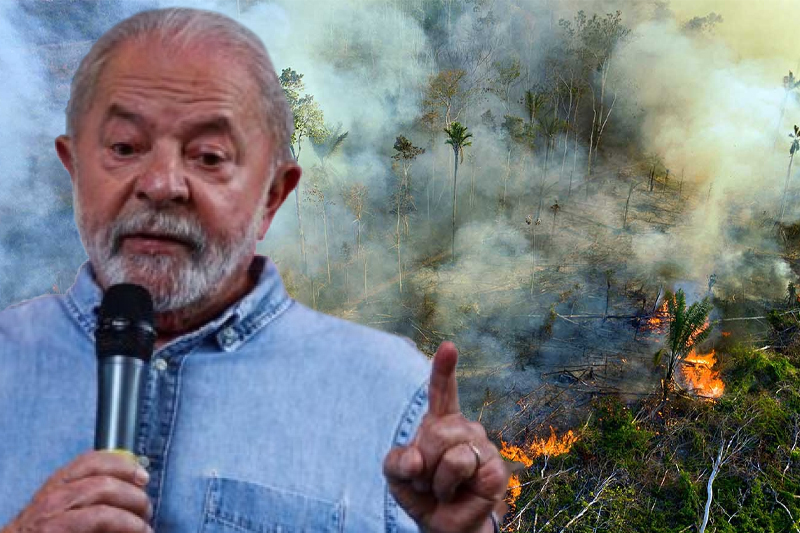 Brazil: Lula set to face hurdles over his pledge to reverse Amazon deforestation

The narrow but very significant victory of Luiz Inácio Lula da Silva over President Jair Bolsonaro in Brazil’s president elections in October has been hailed as big win for climate action and saving of most critical Amazon rainforest of South America. The extent of deforestation and unhindered destruction of Amazon during past four years of Bolsonaro’s presidency had wreaked havoc on the climate, ecosystem and increased dangers for survival of the Indigenous populations in the region.

After winning, Lula had vowed to reverse the deforestation of Amazon and the environmental destruction caused by it his far-right predecessor, and guaranteeing the protection of Indigenous people’s rights. But Lula is facing an uphill battle to fulfill his pledges towards protecting climate. “Lula is going to face the challenge of how to be ambitious on climate issues, and at the same time be effective, meet the pledges that are being made,” said Natalie Unterstell, president of climate policy thinktank Instituto Talanoa. “Brazil’s climate leadership will have to be rebuilt on the basis of results, not just of talk.”

Lula’s government, as it takes office from January 1, 2023, will have to face the increasingly violent and diversified crime that has formed a firm hold in the Amazon, with land grabbers, illegal miners and other criminals who have received extreme support by Bolsonaro government. “Deforestation is just the tip of the iceberg, there are many illicit economies and many actors with a level of organisation, sophistication and violence that is much higher than when Lula’s previous administrations saw big successes in reducing deforestation,” said Ilona Szabó of the Instituto Igarapé, a thinktank focused on public and climate security.

Deforestation and land use change are the biggest contributors to Brazil’s greenhouse gas emissions, which grew 12.2% overall last year according to the Climate Observatory watchdog. The destruction of the country’s biomes accounted for 1.19bn tonnes of the total 2.16bn tonnes of CO2 equivalent the South American giant emitted in 2021, as mentioned by The Guardian.