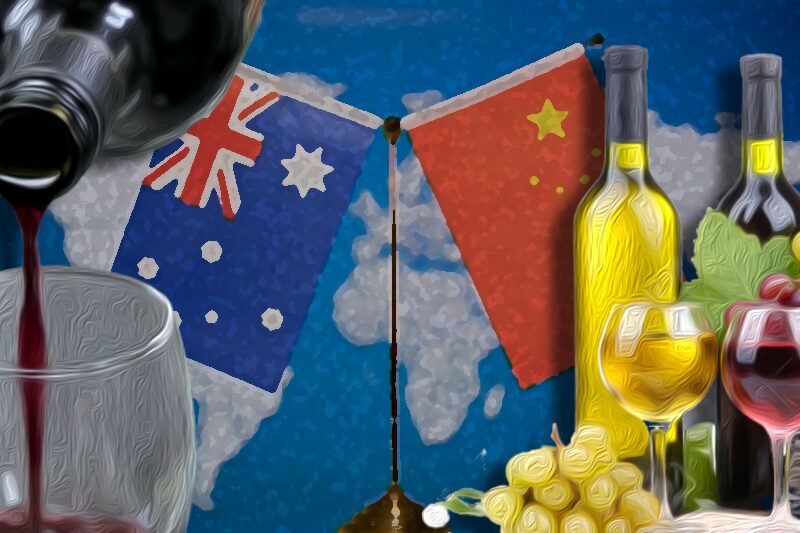 China is proving to be the worst choice for a trade partner yet again, as it tries to slap exorbitant percentage of levies on wine imports on Australia. In response, to the bullying, Australia has said to Beijing that it would pull the latter to World Trade Body. According to the Australian Minister of Trade, Tourism and Investment, Dan Tehan, “This is simply to ensure that Australian wine cannot compete with their Chinese counterparts.” China has threatened to slap as much as 200 percent levy on Australian wine.

According to the Chinese Commerce Ministry, these were temporary anti-dumping measures to stop subsidized imports of Australian wine. Since mid 2020, Beijing went on to systematically attack Australian imports including coal, sugar, barley and lobsters amid political tensions. The skirmish became a brawl after Australia insisted to send a team of experts from its end to Wuhan, in order to investigate the originations of the Coronavirus, a suggestion that China considered as a violation of its sovereignty and blatant intrusion.

In response, Beijing has been attacking Australia where it hurts the most- its various imports to China. According to official figures shared by Wine Australia, China is the biggest destination for Australia’s wine exports, accounting for as much as 39% in the first nine months of 2020.

In response now, the Australian trade minister is threatening to take China to task for pushing an escalated levy that would continue for the next five years. In response, China has said its move is justified as Australia is responsible for ‘dumping and subsidy’ coming its way, an allegation that Canberra has completely denied.

In 2019, Australia had blocked Chinese investments in sensitive areas and felt cut off when China did not allow investigations into the origins of the Corona Virus. Australia also called for the WTO to investigate Chinese tariffs on barley imports, following a series of economic sanctions or disruptions to Australian products to China’s vast market. Everything since then it seems to be China’s ways to get back at Australia. It is more of ego gone wrong than any fair trade relation between the countries seeing the light of the day. Things are sour and at its lowest since the deadly 1989 Tiananmen Square crackdown, where China had come down heavily imposing martial law on student protestors. Criticism came from both Western and Eastern Europe, North America, Australia and … “dismayed by the bloody repression” of “an unarmed crowd of demonstrators.