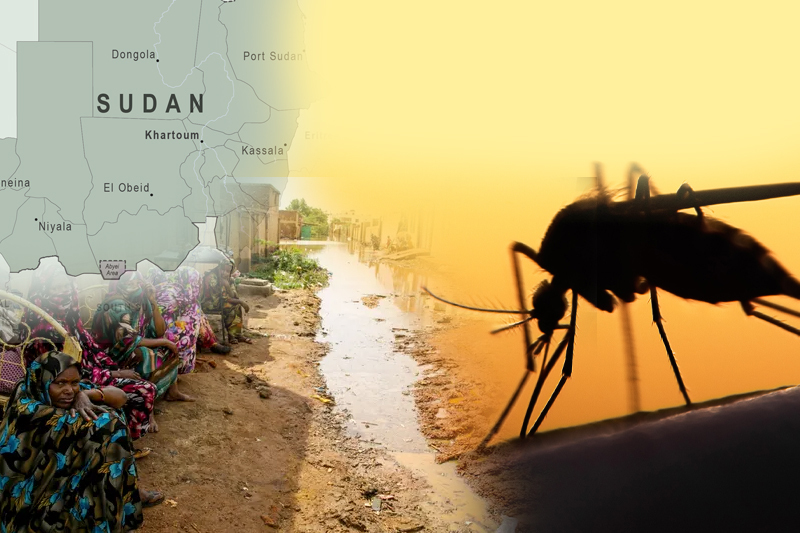 worst dengue outbreak in sudan in over a decade

Worst dengue outbreak in Sudan in over a decade

Sudan is facing the worst outbreak of dengue fever in more than a decade with over 1400 people having diagnosed with the disease. According to WHO, at least half of the country’s total 18 states have recorded dengue cases with nine deaths registered till now, including one child. The World Health Organization has suspected that the true case numbers could be much higher.

Dr Muntasir Osman, the director general of emergencies at the federal ministry of health, said, “2022 had seen the largest spread of the fever geographically in the history of the country with 1,430 cases registered.” Blaming heavy rains causing floods as a result of global rising temperatures, Osman said, “For economic reasons the country has lost many essential jobs in terms of preventive medicines. We no longer have the staff that used to work in observational health or workers who used to prepare things before a problem could happen.”

Nima Saeed Abid, WHO’s chief in Sudan has stressed that the number might just be the tip of an iceberg. “Some [people] present with mild cases, others consult traditional healers or just rely on home remedies and therefore do not report to the health facilities. What are reported to the health facilities are the most severe cases that require admission or medical care,” he said.

Sharing her experience at home where she had to keep her child with dengue at home, Dr Ibtihal Ibrahim, of the ministry of health in North Kordofan said, “It’s not only my child, my entire neighbourhood is full of sick people with the fever, but they stayed at home to get natural remedies and some of them got drugs by themselves. They are treating themselves.” Lack of adequate medical facilities and soaring medicine prices aren’t making situation any easier for the people. “I bought drips for my son with 3,500 Sudanese pounds (£5.20), which, just a few weeks ago, were only 600 pounds (90p).”