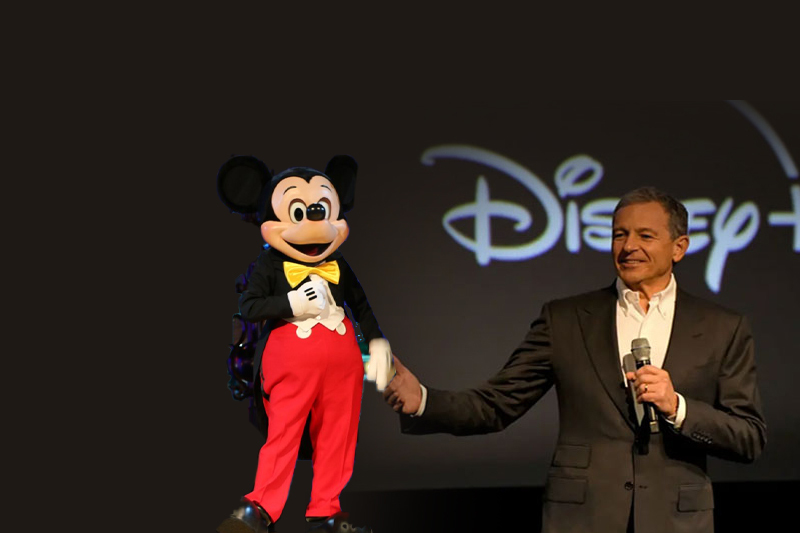 Bob Iger, the former CEO of Disney and the company’s 15-year leader, is taking the helm once more.Bob Chapek, who assumed the role of CEO in February 2020, is replaced by him. Disney has invested billions of dollars in its losing streaming service Disney+, despite the company’s shares falling more than 40% this year. After orchestrating numerous significant acquisitions and establishing Disney’s streaming network, Mr. Iger’s decision to retire in 2020 was unexpected.

Iger is “uniquely positioned” to lead Disney through “an increasingly complex period of industry transformation,” according to the company’s board chair Susan Arnold. In the two years he will be in the position, Mr. Iger intends to recruit a replacement to take over as CEO of the business. I’m happy to have been asked by the Board to take over as CEO once more and am very hopeful about the future of this wonderful company, said Mr. Iger.

During his fifteen years as CEO, Disney acquired the 21st Century Fox firm owned by Rupert Murdoch, the Pixar animation studio, Marvel comics, and the home of the Star Wars franchise, LucasFilm. During his leadership of the corporation, these deals, the debut of the Disney+ streaming service, and the opening of amusement parks all contributed to a five-fold growth in the company’s market value. For his contributions to US-UK ties, it was revealed in September that Mr. Iger was one of the final recipients of an honorary knighthood from the late Queen Elizabeth II.

With immediate effect, Mr. Iger has taken over as CEO of Disney in place of Mr. Chapek, who held the position for less than three years. Ms. Arnold added, “We thank Bob Chapek for his dedication to Disney throughout the course of his lengthy career, including guiding the business through the unprecedented challenges of the epidemic. Disney+ lost about $1.5 billion (£1.3 billion) in the three months leading up to the end of September, the business reported earlier this month.

However, throughout that time, the service added almost 12 million new subscribers. Currently, Disney’s three streaming services—which also include the sports-focused ESPN+ and the larger entertainment website Hulu—have more than 235 million subscribers combined. Comparatively, Netflix has roughly 223 million subscribers. Additionally, Mr. Chapek came under criticism for his stance on Florida’s contentious “Don’t Say Gay” law. He issued an apology in March for his “sad silence” about the sex education bill, which detractors claimed would marginalise LGBT youngsters.

The news of Mr. Iger’s return was “very shocking,” according to Walter Todd, president and chief investment officer of Greenwood Capital, but he added that investors were probably happy about it. There is a lot of trust in Bob Iger’s vision for the business because he is identified with Disney and handled some of the most lucrative purchases in the corporation’s history with Pixar, Marvel, and Lucas Films. But it won’t be simple; he needs to put in a lot of effort to make things right, and it won’t happen immediately away.

The reason Mr Iger was so well-regarded in the business, according to Mr Todd, was because of his success at Disney. Still, he added, “it will only get you so far – so I’ll be inquisitive to hear what his vision is for the company going ahead.”