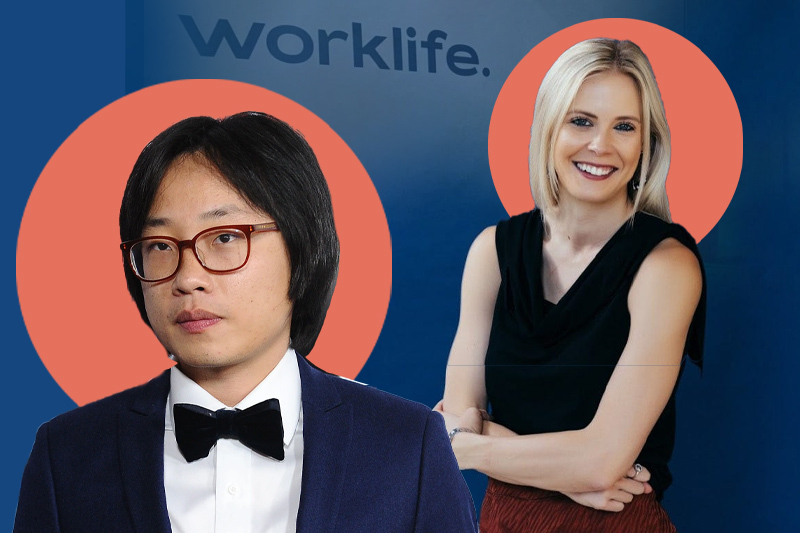 On June 15, 2022, Jimmy O Yang will have a “once in five years” birthday party with his girlfriend, Brianne Kimmel. The celebration was not your typical birthday party, though. It was enormous! The birthday celebration Brianne Kimmel arranged for her boyfriend Jimmy ended up being a reenactment of the “96,000” scene from “In the Heights.”

You can view photos from the party where the couple floats on an inflatable if you just visited Jimmy O Yang or Brianne Kimmel’s Instagram accounts. Awkwafina, Nina Dobrev, Jon Chu, and numerous other famous people attended this unique birthday celebration.

Jimmy O Yang’s girlfriend, Brianne Kimmel, uploaded several images from the event and commented, “I’m so grateful for everyone who made Jimmy’s birthday so special this weekend. I can’t believe we got the Crazy Rich Asians, Love Hard, Space Force fam AND all of the high school and college homies all in one place.”

“I was holding back the happy tears all day, [Jimmy O Yang] means so much to so many people. He’s truly the best human ��� That being said, it was a ‘once every 5 years’ birthday party. So we’ll see y’all at Pizza Hut next year ��� Yippee-ki-yay, motherf**kers!,” she added.

It appears that we won’t have to wait “five more years” for Brianne Kimmel to provide a spectacular. In Silverlake, Jimmy O. Yang is getting ready to launch a “WorkLife Venture.” In the new venue, Brianne intends to hold NFT Workshops, poetry readings, and many other events.

What else can be said about Brianne Kimmel? And how does she manage to offer her boyfriend a magnificent party?

To say Brianne Kimmel is an entrepreneur would be an understatement because she is also an investor. Work Life Ventures was founded by Kimmel, who also serves as managing partner. Additionally, she has invested in numerous other firms, including Command E, Tandem, Webflow, and Voiceflow, to mention a few.

Brianne established Zendesk for Startups while working at Zendesk in the beginning of her career, when she was obliged to focus on self-serve growth and technological integrations. Marc Andreessen, the co-founder of Netscape, Matt Mazzeo, the lead investor for Lowercase Capital, Alexis Ohanian, the co-founder and executive chairman of Reddit, Chris Dixon, the co-founder and former CEO of Hunch, Garry Tan, the founder of Initialized Capital, as well as Eric Yuan, the CEO of Zoom, and Clark Valberg all support her company, Work Life (Co-Founder and CEO of InVision).

Although Jimmy O Yang and Brianne Kimmel had been dating for more than a year, their relationship was first made public in late 2021. In September 2021, the pair made their Instagram account public. Brianne Kimmel broke the news first by posting a photo from their San Diego vacation on the social media platform.

Then it was Jimmy’s chance to declare his love for Brianne and inform everyone that he is single. In November, the “Love Hard” actor posted a photo of himself and his girlfriend during their trip to Disney World in Florida on Instagram.