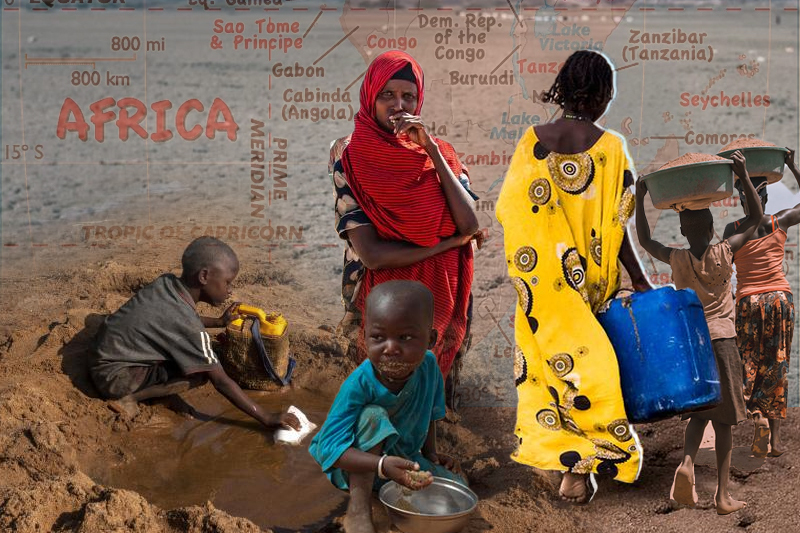 The unprecedented drought in the Horn of Africa is rendering the maximum brunt on women and girls, while affecting whole communities. As the women and girls pay “an unacceptably high price”, the UN Population Fund (UNFPA) has announced of launching a $113.7 million appeal to meet their needs. The funding will be used to scale-up life-saving reproductive health and protection services, including establishment of mobile and static clinics in locations such as displacement sites, as mentioned by the UN News.

“As the food security situation continues to deteriorate, women and girls are facing hunger and other serious threats to their health, rights and safety,” said Dr. Natalia Kanem, the UNFPA Executive Director. “We need to act now to save thousands of lives and provide women and girls with the essential support they urgently need and a chance at building a better future,” she stressed.

The United Nations agencies have stressed that the drought in Horn of Africa has been continuing for years, and is most extreme and worst in past four decades, with chances of it continuing into next year as well. More than 36 million people across Ethiopia, Somalia and Kenya at present are in urgent requirement of humanitarian assistance because of the drought.

“Some 1.7 million people have been forced to leave their homes to search for food, water and basic services,” according to UNFPA. The majority of these people are women who have to walk for days and sometimes weeks together in search of food and clean drinking water. This further exposes them to risk of violence, sexual exploitation and abuse. As families face desperate choices to survive, reports of girls dropping out of school, female genital mutilation and child marriage have become more widespread, UNFPA notes.

UNFPA is aiming to utilize the aid to expand safe spaces, shelters, one-stop centres and hotlines for women and girl survivors of gender-based violence, and extend them access to medical care and psychosocial support.