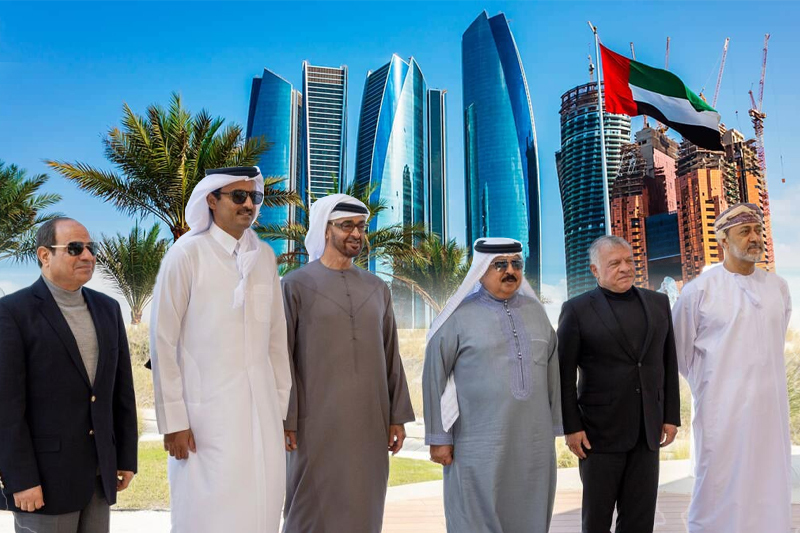 On Wednesday, the president, His Highness Sheikh Mohamed bin Zayed Al Nahyan, met with the heads of many friendly nations in a consultative capacity.

The goal of the fraternal meeting, which was held in Abu Dhabi’s capital under the theme “Prosperity and Stability in the Region,” is to strengthen and expand relations between the friendly nations in a variety of fields that contribute to the region’s growth, prosperity, and stability through collaboration and regional integration.

The leaders reviewed different avenues of collaborative collaboration and coordination in all domains that serve the ambitions of their peoples for a more prosperous future during the conference, as well as fraternal relations between their respective countries.

The meeting covered a variety of regional and global issues and developments of shared interest as well as the political, security, and economic challenges the region is currently facing. It was stressed how crucial it is to coordinate positions and strengthen cooperative Arab action in order to address these challenges and ensure that the people of the region can look forward to a more stable future.

The leaders reaffirmed the long-standing historical connections between their nations in a variety of sectors as well as their shared interest in cooperation, consultation, and communication in order to bring about significant changes in the area and the wider world.

They emphasised that the best approach to ensure a better future for everyone in the region is via cooperation in establishing economic and development ties between their countries and other Arab countries in the region.

The leaders reaffirmed their shared goal of boosting regional peace and prosperity as well as their steadfast belief in the value of communication for progress, growth, and prosperity.

The significance of upholding the laws of good neighborliness, respect for sovereignty, and non-interference in domestic matters was emphasized.

His Majesty Sheikh Mohamed and the other leaders reaffirmed that the main strategy for achieving development and ensuring a better future for the people of the region in the midst of a turbulent world is cooperation and forging economic and development partnerships between their respective nations and at the Arab level generally.