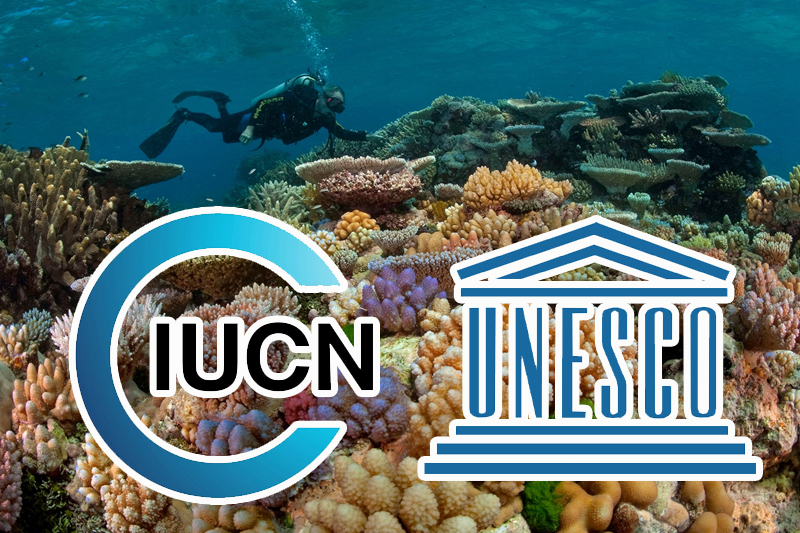 A United Nations backed mission to the Great Barrier Reef has determined that the world’s biggest coral reef system must be placed on a world heritage sites in danger list. The highly anticipated report on the 10 days long mission that was held in March said that “climate change was presenting a serious challenge to the values that saw the reef inscribed as a global wonder in 1981”.

Progress to cut pollution running into the reef’s waters from farming and grazing was too slow and more investment was needed to meet water quality targets, the report from the mission said. The recommendation mentioned in the report that the reef should be placed on a list of world heritage sites “in danger” will be reviewed and assessed along with the responses from the Queensland and federal governments. This would be before UNESCO makes a formal recommendation regarding the matter to the world heritage committee.

The mission to the Great Barrier Reef was carried out on request by former federal environment minister Sussan Ley after the former government had successfully lobbied against a 2021 UNESCO recommendation that reef should be on the “in danger” list. Two experts – one from UNESCO and another from the International Union for Conservation of Nature – met the government, scientists and stakeholders in Queensland two months before the defeat of the Morrison government, as mentioned by The Guardian.

“Implementing the recommendations could drastically improve [Australia’s] ability to ensure and advance the conservation of the property and retain its outstanding universal value for future generations,” the report said. The report added, “Despite the unparalleled science and management efforts made by [Australia] in recent years, the [outstanding universal value] of the property is significantly impacted by climate change factors.” The rapidly increasing temperatures of the ocean waters is leading to widespread bleaching of corals. In cases of mild temperature rise, the bleaching often reverses but that is not the case over years due to extreme climate change implications.