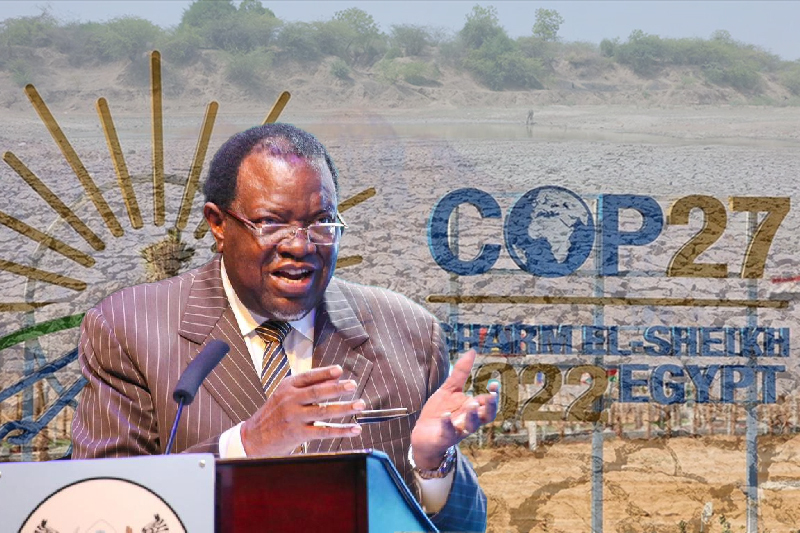 An official recently stated that the decisions made at the recently concluded Conference of Parties on Climate Change (Cop 27) have been welcomed by the Ministry of Environment, Forestry, and Tourism.

According to MEFT spokesperson Romeo Muyunda in an update statement, the climate change conference was held earlier this month in Sharm El-Sheikh, Egypt, to discuss a wider variety of problems, including worldwide reporting on national climate change efforts and how to finance such activities.

He emphasised several of the decisions Namibia is satisfied with, saying “Namibia was effectively represented at both political and technical levels.”

According to Muyunda, one of the actions Namibia has praised is the historic breakthrough agreement on creating the first-ever dedicated fund for loss and damage.

The fund “will provide financial and technical support to developing countries to rescue and rebuild the physical and social infrastructure of developing countries devastated by extreme weather events, including climate-related emergencies, sea level rise, displacement, relocation, migration, insufficient climate information and data, or the need for climate-resilient reconstruction and recovery,” he added.

At COP27, new donations totaling more than 230 million dollars were made to the Adaptation Fund, a paltry number in light of the magnitude of the demands in developing nations.

The COP encouraged developed nations to set forth a clear plan for raising $100 billion USD annually.

Additionally, according to Muyunda, the COP urged rich nations to scale up and mobilise financial support for the poor countries to implement their nationally defined contributions after the decision to double adaptation money was made (NDCs).

According to Muyunda, the industrialised nations would take the lead in the mitigation work programme, which was designed with the goal of halving current emissions by 40 to 50% by 2030.

“It was also decided that the work programme shall function in a manner that is consistent with the timelines and procedures for communication of successive NDCs established in the Paris Agreement,” he added. “And that the scope of the work programme should be based on broad thematic areas relevant to urgently scaling up mitigation ambition.“

In the meanwhile, according to Muyunda, parties have agreed to start developing a framework for the global aim of adaptation in 2023 as part of the Glasgow—Sharm el-Sheikh work programme with the intention of having the framework approved at the next COP.