Home » The Ever-Given blocked half-world goods, the case demonstrates the “geopolitical crisis of the Straits”
By    Geopolitical Monitor      March 30, 2021 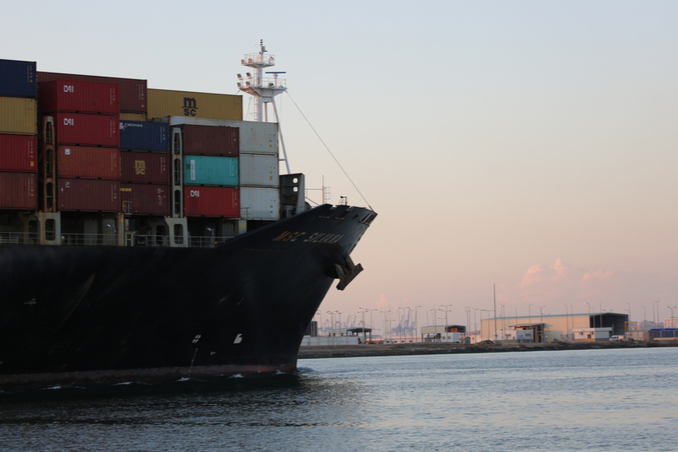 The Ever-Given blocked half-world goods, the case demonstrates the “geopolitical crisis of the Straits”

It was not a simple maneuver, but the situation has finally unlocked. The Ever-Given container ship, which stopped the world traffic of goods with its 400 meters, was ‘freed’. So, after six days in the Suez Canal, the navigation of the 321 ships waiting after the cargo had run aground on the sandy bottoms resumed.

The huge boat started moving around 3 pm This morning the owner had made it known, after the first manoeuvres with the help of ten tugs, that the ship was not yet floating. Then the turning point and the long-awaited movement. The manoeuvres were stopped and resumed when the water rose to its maximum height: this made it possible to completely shift the direction of the ship to the center of the sea route. The rescue team began to drag the cargo, which then resumed moving with its engines sailing at 1.5 knots, towards the Great Bitter Lake, a large body of water halfway between the north and south ends. of the Suez Canal, where the boat will undergo a technical inspection.

Egypt claims to have done most of the work that led to the release of the giant container ship, which ran aground on the sandy bottoms of Suez. Following the speech by Egyptian President Abdel Fattah al-Sisi on Twitter, the president of the Suez Canal Authority (SCA) also said that Egyptian efforts accounted for 98 percent of all efforts to bring the cargo. Rabie explained that 15 Egyptian units belonging to the SCA participated in the operations, including 12 tugs and two dredgers.

Suez Canal, one of the main arteries of world trade obstructed by the gigantic container ship Ever Given, which ran aground on one of its banks on Tuesday, proceeds but appears to be in trouble. New attempts to free the “beached whale” with its 400 meters in length and 219 tons of cargo have failed. And the 321 ships stopped at the entrance of the two sides of the canal, which move almost 10 billion dollars a day, are still waiting. And there are shipowners who, to get around the blockade and the consequent traffic jam of hundreds of cargoes, are considering changing course, opting for the longer and more expensive circumnavigation of Africa.

It is the revenge of geography. The thoughtlessness of a helmsman is enough and the whole world goes into a chain crisis. That port container placed sideways, mockingly wedged between the two edges of the Suez Canal to temporarily prevent navigation is more eloquent than any geopolitical treaty. Because with its ungainly and rusty bulk, Ever Given is there to remind us that no new technology, no sophisticated device, no transaction in the immaterial world of the Web can replace the crucial importance of those straits that have entered the history of empires and powers. and who have built fortunes on them, declared wars, sacrificed human lives and political ambitions. Suez, Bab el-Mandeb, Malacca, Hormuz, Panama, the Bosphorus and the Dardanelles, Gibraltar, Oresund between Norway and Denmark.

They are the infamous chokepoints – some also aptly call them “bottlenecks” – those obligatory passages through which the world communicates by sea and from which 80% of the planet’s goods and 54% of wheat and fertilizers transit. Masters of the sea, already two hundred years ago the British supported the empire that spread to the four corners of the world with a shrewd policy of the straits, which ensured the court of St. James’s virtual control of the vast colonies and the most important maritime hubs of the world.

Suez – which the British crown lost in 1956 when President Nasser decided to nationalize the canal – is a striking example: currently, almost 10% of world trade, 9% of crude oil, 8% of liquid gas passes through it. An unstoppable and impetuous river of men, goods, ships, products. So much so that it induced China to finance Egypt to double a part of it and make the canal area a privileged hub for Beijing’s goods and a formidable bridgehead in the Mediterranean Sea. Followed closely by Moscow, very active in the construction, also in Egypt, of a Russian Industrial Zone, similar to the Chinese one. But the grounding suffered by the busiest waterway is there to demonstrate how the straits, with their forgotten iconostasis, still separate worlds and put them in communication. It depends on them and who governs them.

The price of crude oil is an ultra-sensitive antenna for their health: the freeze-frame of Ever Given, with its 21,000 containers and 220,000 tons, produced a 5% increase in prices in a few hours, bringing it to around 60 dollars a New York and over $ 62 for Brent, exactly as happens every time there is some accident or attack on commercial shipping in the Persian Gulf, where 17 million barrels a day pass through.

But every hour of late delivery is a spark that can ignite consumer prices. Those of freight rates have already grown: circumnavigating Africa as it happened a century and a half ago would involve delays and significant damage, especially in electronic components. That is, the one that keeps the world connected. And it is precisely the straits that guarantee that continuous circulation where transport by sea remains predominant: every day the seas are crossed by a million ships between commercial and military.

And to testify that the geopolitics of the Straits has not faded at all, Putin’s reaction to the Suez traffic jam was as quick as predictable: from Moscow the Severny Morskoy Put, the infamous North-East Passage, the Nordic route, was relaunched. mirroring the historic (and objectively too expensive) Northwest Passage that would save 7,400 kilometers from the Kara Sea east of Novaya Zemlya to the Bering Sea along the Arctic coast of Siberia. A time that was prohibitive even with the aid of icebreakers, but which has become practicable despite some risks or because ofglobal warming which has reduced the extent of Arctic ice.

The Belt Road Initiative itself, the Chinese Silk Road, is the plastic earth response to Beijing’s dependence on the Strait of Malacca, the second world gateway after Hormuz, which Washington virtually controls. Just close it a month and the Chinese economy is being throttled. It is no coincidence that it is called “geopolitics of the Straits”.