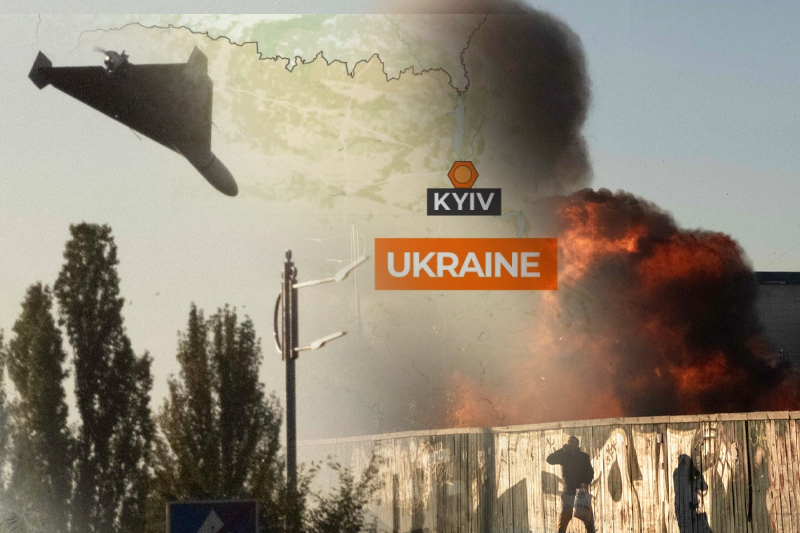 Ukraine war: Explosions in central Kyiv as drones shot down

Multiple explosions were heard in the centre of the Ukrainian capital Kyiv on Wednesday, according to the Kyiv governor Oleksiy Kuleba.

The city’s mayor, Vitali Klitschko, said that explosions affected the Shevchenkivskyi district,  which is home to many government agencies and buildings. Emergency services were also dispatched to the district.

Kuleba reportedly wrote on Telegram, “Russia continues the energy terror of the country. However, we are getting stronger every day.” Kuleba described the latest move as a continuation of Russia’s “energy terror” against Ukraine and advised residents to stay in shelters.

Vitaliy Bunenchenko, the head of Zhytomyr region, which neighbours Kyiv, also warned about the second wave of drone attacks.

Reportedly, people heard loud explosions at around 6 am Kyiv time. Residents in central Kyiv posted videos of the incident at 6.30 am. The plumes of smoke could be seen in those videos.

According to Ukrainian officials, Russia has repeatedly targeted Ukrainian energy infrastructure with missiles and drones since September. They also accused the Islamic Republic of Iran of supplying Russia with “kamikaze” drones. Ukraine’s President Volodymyr Zelenskyy said that Iranian drones were used by the Russian forces in the war. The Ukrainian President also urged Western countries to provide more advanced weapons to help his country in its war against Russia.

Last month, Ukrainian officials said that 15 people were killed in the Ukrainian city of Kherson due to Russian shelling. Zelenskyy said that more than six million households in Ukraine were affected by power cuts due to Russian attacks. He slammed Russia for striking energy infrastructure.